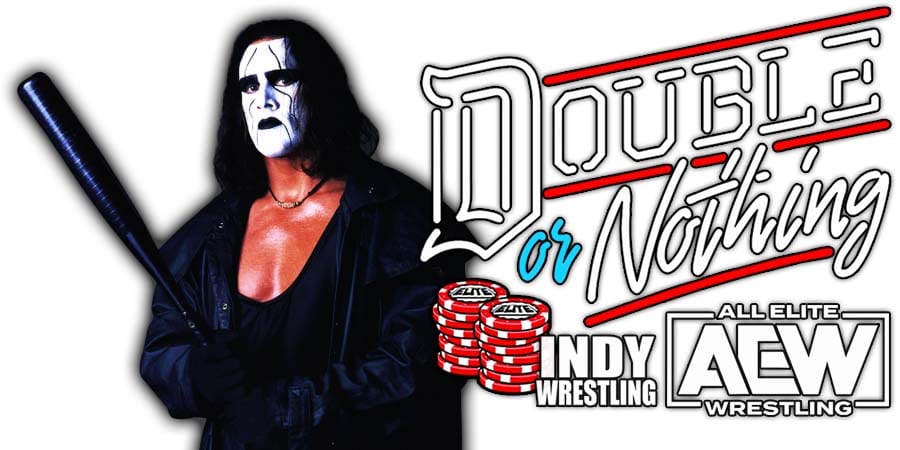 5. The Nasty Boys vs. Barrio Brothers

7. The One Man Gang vs. Bart Sawyer

8. Homeless Diamond Dallas Page Vignette #4 – Picked up by a Limo

• Update On Sting’s Status For AEW Double Or Nothing

As we noted earlier, ‘The Icon’ Sting is no longer under contract with WWE. Due to this reason, speculation of him appearing in AEW started.

Cody Rhodes’ tweet about it just added fuel to the fire (tap here to know more).

There have been rumors that Sting could show up on AEW’s next pay-per-view, Double Or Nothing, where he would present the TNT Championship (just like Bret Hart presented the AEW World Championship last year).

PWInsider noted the following about it:

“Sting will not be the person who presents the TNT Championship to the winner of Cody vs. Lance Archer at the AEW Double or Nothing PPV, which is something we have been asked a lot about.”