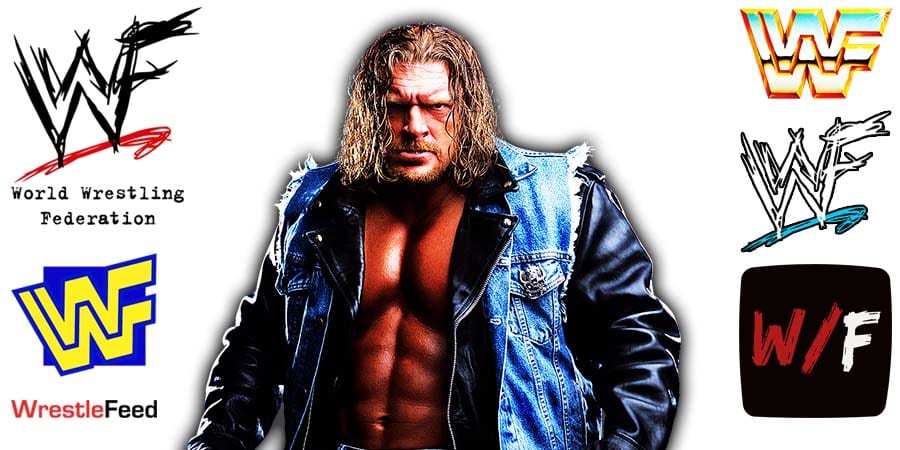 According to John Pollock, “The Game” Triple H visited the WWE Performance Center in Orlando in June and made a pretty big statement:

“According to multiple sources, Paul Levesque was in Orlando today and spoke at the Performance Center.

Of the people I heard from, Levesque stated ‘I’m back’ – it is unknown what that entails but that was the wording I was given.”

Many people thought this meant that Triple H is back in power backstage (especially with his wife Stephanie McMahon being the Interim CEO of WWE) and is running NXT again.

According to the Wrestling Observer, what Triple H meant by ‘I’m back’ is that he’s back to the Office after his heart issues.

Triple H is not running NXT 2.0 and isn’t backstage at the show on Tuesdays.

Shawn Michaels and a small creative team is running NXT 2.0, with Vince McMahon telling them the major things he wants on the show.

Triple H is currently incharge of recruiting college athletes with WWE’s NIL program, with a tryout taking place during the SummerSlam 2022 week.

It was broadcasted from the Providence Civic Center in Providence, Rhode Island and featured matches, interviews & segments, on the road to the ‘WWF Invasion 2001’ PPV.

6. The Dudley Boyz vs. The Hardy Boyz