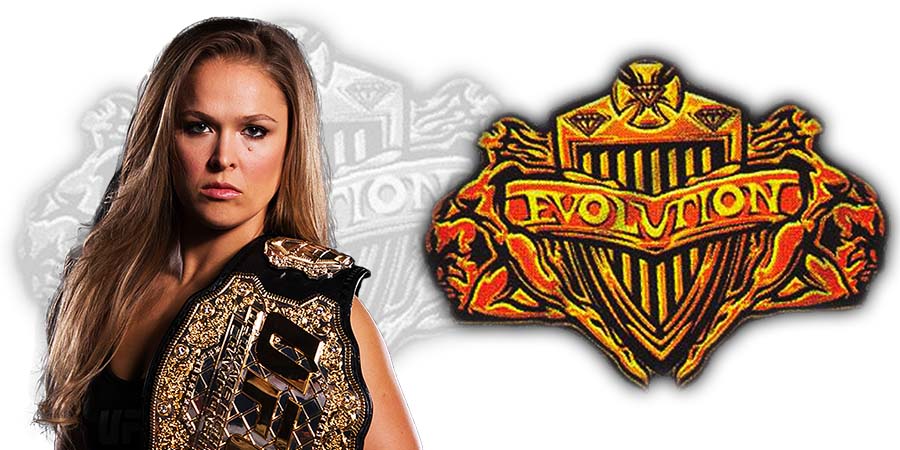 After working for Ted Turner’s World Championship Wrestling as Scotty Flamingo (1992-1993), he joined the World Wrestling Federation as Johnny Polo (1993-1994).

His last major runs came for TNA Total Nonstop Wrestling, a promotion now known as iMPACT Wrestling, where Raven wrestled from 2003 until 2008 and also in 2009-2010.

On this day in 2014, we lost Old School WCW Veteran Sean O’Haire (Real name: Sean Christopher Haire) when he committed suicide at the age of 43.

Trained at WCW’s own Wrestling School, the WCW Power Plant, he had his televised debut on WCW TV in mid-2000 and soon became a member of the ‘Natural Born Thrillers’ stable.

When WCW was bought by Vince McMahon in 2001, so was Sean O’Haire’s contract.

As we noted before, the current plan for the WWE Evolution PPV main event is for Ronda Rousey to defend her RAW Women’s Championship against Nikki Bella.

The seeds for this feud will be planted in the coming weeks when Ronda starts teaming up with The Bella Twins and this would somehow lead to a falling out between Ronda & Nikki, which will eventually lead to a match.

The Bella Twins are acting very sweet while talking to Ronda as of now, but that’ll soon change.

Rousey will team up with the Bellas to take on The Riott Squad at WWE Super Show-Down on October 6th, so expect something to happen between Ronda & Nikki at this event.

Many fans have questioned WWE’s decision of wanting to book Ronda Rousey vs. Nikki Bella for the WWE Evolution PPV main event and the answer is really simple – WWE wants to have this first ever all-women’s PPV to have as much buzz as possible and Ronda & Nikki are WWE’s top two mainstream stars in the women’s roster.

Only two matches have been officially confirmed for WWE Evolution PPV so far and you can check them out below: