The experienced journalist started as a backstage interviewer on RAW in 1997 and later became a play-by-play announcer on SmackDown! in 1999.

Michael Cole is one of the few WWE employees nowadays, who has been with the company for more than 20 years.

Former Universal Champion “The Big Dog” Roman Reigns was scheduled to appear at the ACE Comic Con in Glendale, Arizona on January 11, 2019, but he has now been pulled from this appearance.

Unfortunately, due to a change in his schedule, Roman Reigns is no longer able to attend ACE Comic Con Arizona on January 11th. All purchases for Roman Reigns items will be automatically refunded. We apologize for any inconvenience.

It was also announced that Charlotte Flair has been pulled from her appearance as well and has been replaced by current SmackDown Women’s Champion Becky Lynch:

Hey AZ fans… unfortunately Charlotte Flair can no longer attend due to scheduling changes. However, we've got an awesome new addition! See next post for details!

As we noted before, Reigns was backstage at the recent WWE Tribute To The Troops 2018 tapings and you can check out a photo below: 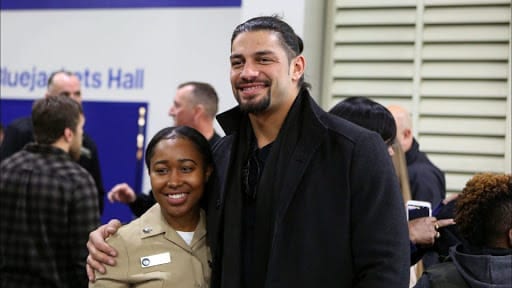