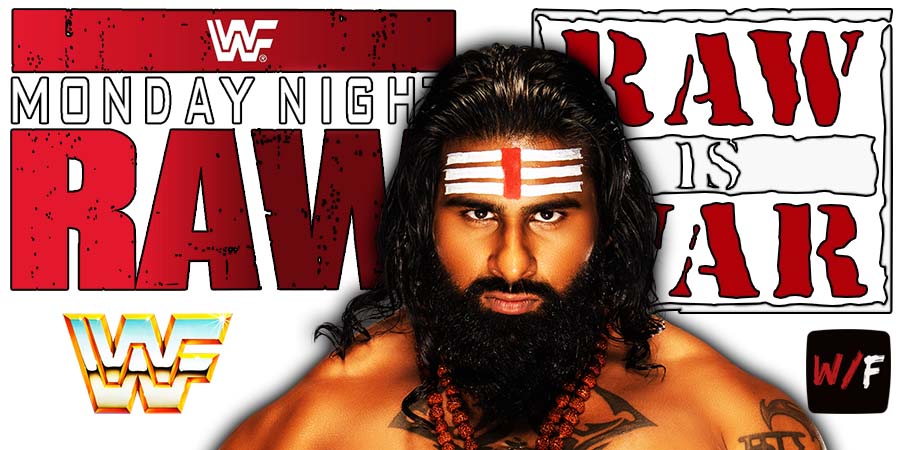 • Veer Mahaan Comments On His Romantic Storyline On RAW

On Monday’s RAW, Sarah Schreiber was getting ready to interview The Miz backstage and ask him about Logan Paul appearing on the show.

Veer Mahaan then showed up, stared at Sarah for several seconds, looked at the camera, smiled, said “Boo!” and laughed.

After this, The Miz suggested that Veer has a crush on Sarah.

During an interview with Daily Star, Veer had the following to say about this romantic storyline:

“Why say so much when you can get it done saying so little, right? If that works, what else do we need?

The reaction and support has been great [and] has created a buzz around the world. The world hasn’t seen my other side yet.

Yes, we’re trying to show the world that Veer Mahaan isn’t just a scary guy that walks around in the ring.

We’re trying to show our audience that Veer is not just a beast and an angry man, he has other sides.”

Mark Youngblood wrestled professionally from 1980 until his retirement in 1999 and competed for a lot of different territories & promotions, such as Jim Crockett Promotions, Championship Wrestling from Florida, the Global Wrestling Federation, World Wrestling Council, the United States Wrestling Association, Central States Wrestling, … and many others.

In 1990 & 1991, Mark even wrestled for Ted Turner’s World Championship Wrestling, where he teamed up with his brother Chris Youngblood as “The Renegade Warriors”.