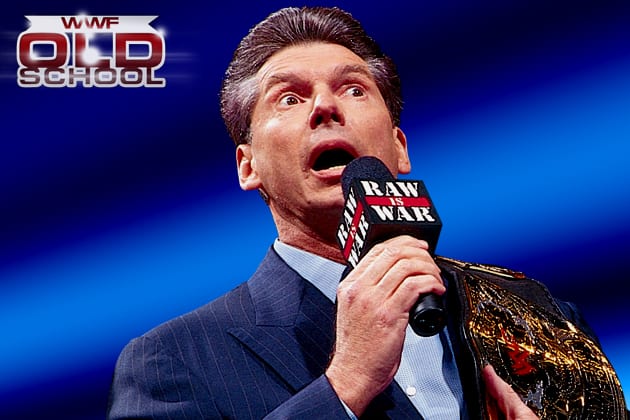 Vince McMahon graced the cover of the latest Muscle & Fitness magazine and below are the highlights from his interview:

What led to the shaping of the Mr. McMahon character and where does that villainy come from?

I grew up dirt poor. When you’re in that class, a lower economic class, everyone is, quote, “above you.” And there were a number of individuals who thought they were above me because of their economic situation. It always bugged me that people would think they were better than me. I developed a philosophy that no one’s better than me, and at the same time I’m no better than anyone else. Even though I am one, I don’t associate with rich people, generally peaking. I don’t belong to country clubs. It was easy for me to feel that [Mr. McMahon character] psychologically.

As far as being mean, my background is a varied one. I had a violent stepfather. It was easy for me to feel what that was like. Really, I’m more like “Stone Cold” Steve Austin – I’m the common man. To this day I am. I drive a nice car and what have you, but I think one of the keys to WWE’s success, quite frankly, is that I remain who I am.

What will happen to WWE if you retire, or, eventually, go up to that big ring in the sky?

Our future from a corporate standpoint is extremely strong because we have so many talented executives, and they all bring different strengths to the table. Steph and Paul will certainly have significant role going forward. I think when I kick, the organization is going to change, and I think for the better, because there’s no one person who can do all that I can do because of my background. There’s no one individual who’s going to take my place.

Do you have a favorite Superstar?

That would be Undertaker because of his loyalty, his longevity, and his extraordinary commitment to his character. We have lots of fun creating fun. [Superstars] try to crack each other up from time to time, and we all have tried to get Undertaker to break character, and we can’t do it. He is such a professional and an extraordinary human being behind the character. He’s committed to his craft and has worked through injuries.