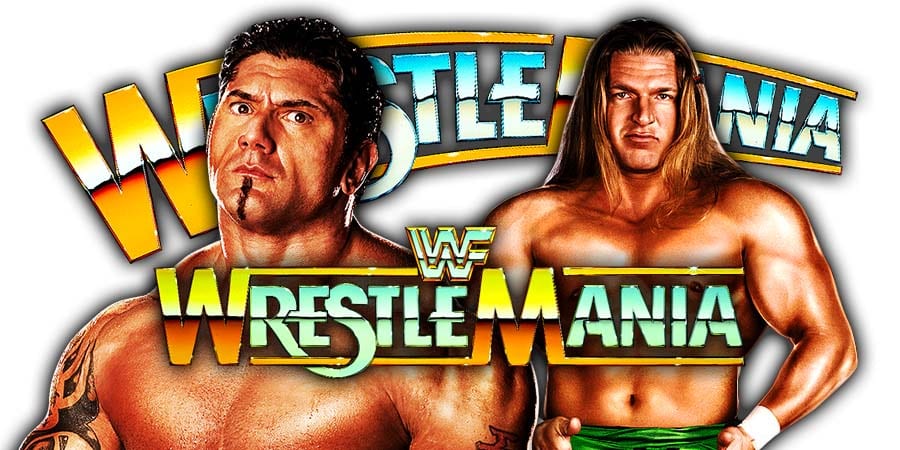 5. At Home With Hillbilly Jim segment

During a recent interview with ESPN, soon to be WWE Hall of Famer “The Game” Triple H talked about his WrestleMania 35 match with Batista, Vince McMahon wanting him to have a match despite being hurt & more.

So I didn’t feel that way — Vince came to me and told me, ‘I need you to be in WrestleMania this year. And I was like, ‘Really? Because I haven’t been cleared to train yet even — I don’t know that I’m going to make that.’ Batista and I had this conversation a while ago about trying to do this … then I had to call him and go, ‘Dude, I tore my pec and I don’t know what’s going to happen. I’ll see.’

To this day, I’m still… I’m going to get in the ring next Sunday, and you and I will both find out at the same time whether my pec will hold on.

I got cleared up to perform, and my training is good and I feel good. But until you get in there, lifting dumbbells and getting hit by Batista are two totally different things. So I’ll see how it goes, but I feel good and I’m excited to get in there. And at this point in my career, I don’t ever want to make it sound like it’s not as big as it is, but at this point in my career, it’s all gravy.”