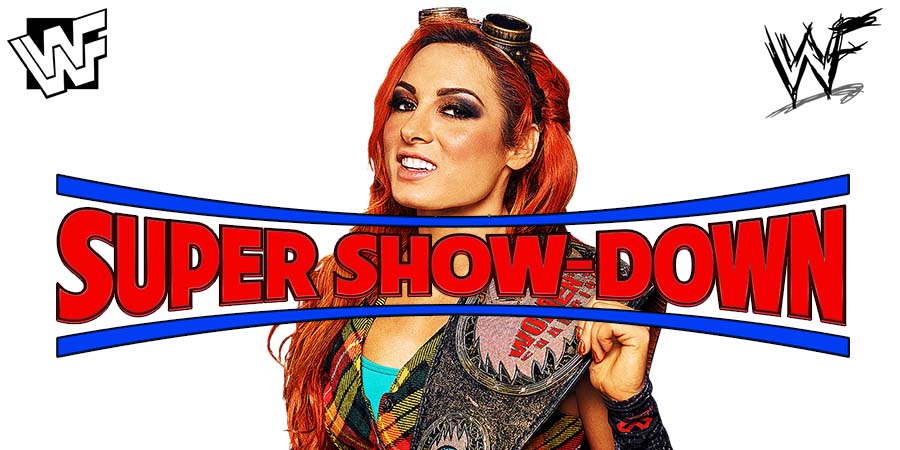 This episode was pre-taped at the Civic Center in Canton, Ohio and featured matches & storyline segments on the road to the ‘WCW Halloween Havoc 1996’ PPV.

7. Lex Luger vs. The Renegade

According to WrestlingNewsCo, Vince McMahon has been impressed by SmackDown Women’s Champion Becky Lynch’s work with Charlotte Flair as of late.

Vince reportedly used her as an example for someone who ‘took the ball and ran with it’. Also, a wrestler was recently told backstage to study Becky’s promos and matches to get better.

@BeckyLynchWWE The Greatest Villans Are Masters On The Mic & Can Back Up Their Words With Wrestling?UR Promo’s Remind Me Of @R_Roddy_Piper

Becky will defended her SmackDown Women’s Champion against Charlotte Flair at WWE Super Show-Down on Saturday.