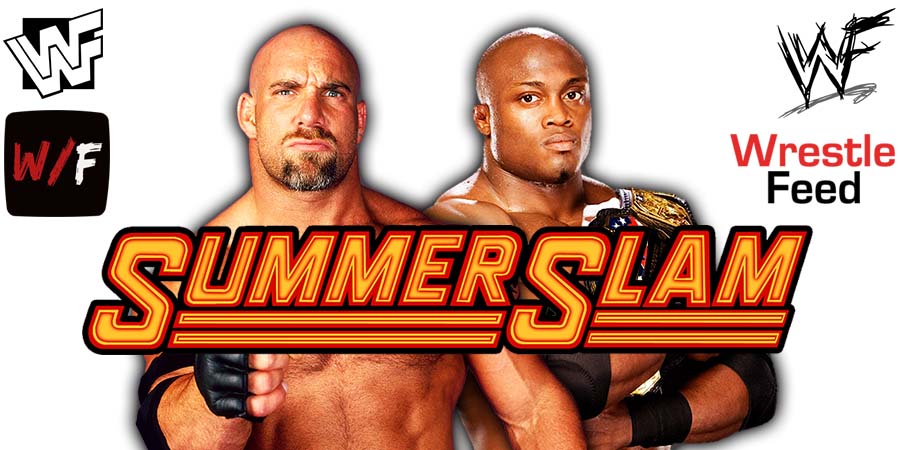 While Lashley turned down Goldberg’s challenge on Twitter, the match is still expected to happen at SummerSlam.

During a recent edition of Busted Open Radio, WWE Hall Of Famer Bubba Ray Dudley had the following to say about Goldberg’s return:

“Fans are back in attendance, the WWE Universe is excited, Goldberg is a WWE Hall of Famer. They put him out there, they keep seeing what they can get out of him. They must be getting something out of him, and I know Vince (McMahon) likes him.

Goldberg is an older gentleman who still goes to the gym, looks phenomenal, and Vince McMahon is a mark for that kind of stuff, so opportunities and chances are still given.”

Tap here to read the real reason why WWE keeps bringing back Goldberg for big matches.

On this day in Pro Wrestling history on July 23, 1995, the World Wrestling Federation aired ‘WWF In Your House 2: The Lumberjacks’ LIVE on PPV from the Nashville Municipal Auditorium in Nashville, Tennessee.