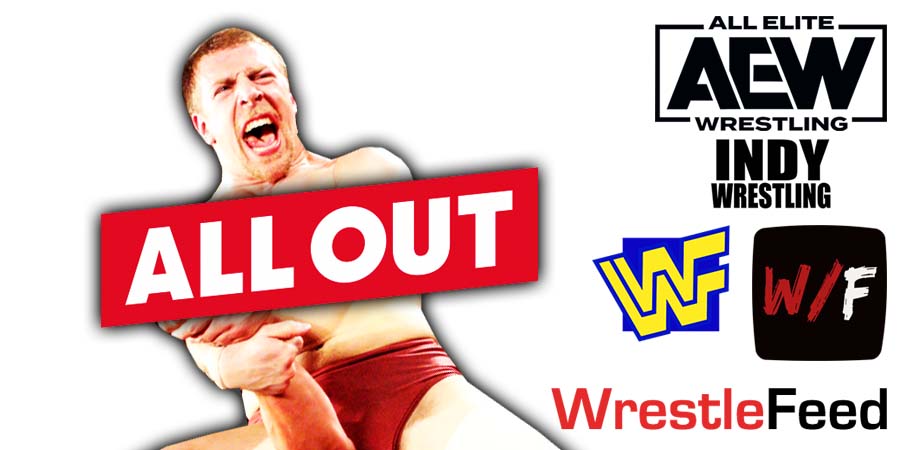 During the post-All Out media scrum, Daniel Bryan (now known as Bryan Danielson) talked about why he left WWE for AEW.

“WWE was so gracious with me as far as the offer that they gave me. They were gonna let me go do some other stuff on the outside, but, I hate to say this, Vince sometimes…he and I have a great relationship. I love him, I do.

Sometimes he’s overprotective of me. I want to be able to push my limits.

Bryan main evented WrestleMania 37 (Night 2) earlier this year. In his final WWE match, he lost to “The Tribal Chief” Roman Reigns in a Universal Championship match.

His first run for a major promotion started in 1984 for Jim Crockett Promotions as part of a faction called “Paul Jones’ Army”.

In 1987, he formed the Tag Team ‘The Powers of Pain’ with The Warlord, feuding with The Road Warriors, before getting signed by the World Wrestling Federation in 1988.

In 1990, the WWF broke them up and turned them into singles wrestlers. Barbarian was now managed by the legendary Bobby “The Brain” Heenan, thus becoming a member of the famous ‘Heenan Family’ faction.

A few weeks after the 1992 Royal Rumble PPV, he was let go by the WWF and joined World Championship Wrestling in July 1992, basically returning to Jim Crockett Promotions, which was now owned by Ted Turner and since had changed its name because of that.

In mid-1993, he left WCW and returned to the WWF in mid-1994 as Headshrinker Sione, replacing Samu as one half of ‘The Headshrinkers’.

A year later in the summer of 1995, The Barbarian left yet again for WCW, where he wrestled till they let him go in April of 2000 as a victim of them lowering budget costs.

He has yet to be inducted into the WWE Hall of Fame.