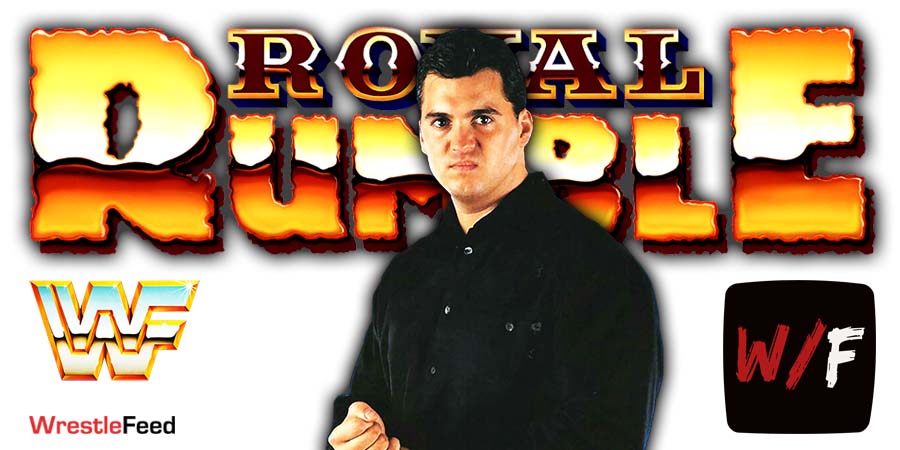 At Royal Rumble 2022, Shane McMahon competed in the Men’s Rumble match and got a lot of heat for what happened backstage.

Backstage talk was that he was upset because “he wasn’t being allowed to do what he wanted” and was “greatly preoccupied” by his own role in the 30-man match.

He reportedly made changes to Bad Bunny’s entry number in the match multiple times, which angered WWE Officials because they don’t want to come off negatively with such a major outside star.

Even Brock Lesnar, who won this match, wasn’t happy about the several changes that were made to this match.

According to Fightful Select, Vince McMahon made a bold promise backstage at this event:

“Shane would never get another pop in WWE as long as I’m around.”

It was pre-taped in Binghampton, New York and featured matches, interviews & storyline segments on the road to the ‘WWF Fully Loaded 1998: In Your House’ PPV.

Terry Funk & Bradshaw vs. Too Much

Golga & Kurrgan vs. The Headbangers

The Godfather vs. Dustin Runnels