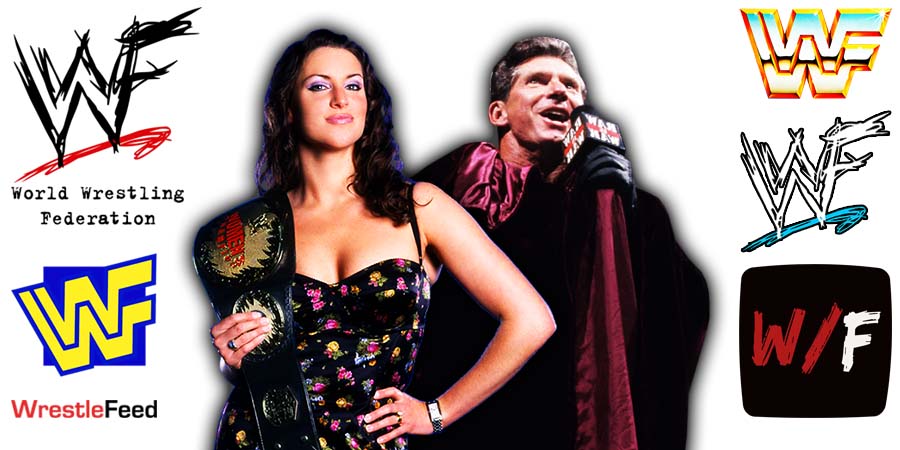 A report then came out that there’s more to this story and now it looks like there definitely is.

According to Andrew Zarian, WWE’s Investors questioned Stephanie’s abilities as an Executive in the company after recent ad sales didn’t do well:

“It was a very bizarre conversation, I’ll tell you that. I didn’t expect that phone call. It was a phone call that kind of veered into a discussion about Steph.

So I asked and I was like, ‘hey, anything I could add to this? What’s going on?’ And, you know, some of the comments, I was shocked. One being that people internally and this is coming from someone in the know in WWE. This wasn’t like a guy in catering.

The comment was that internally, there was doubt put on Steph, her abilities as an executive. And a lot of this started after she absorbed some of (former WWE Co-President) Michelle Wilson’s responsibilities after she left. One [responsibility] being ad sales and sponsorship.

And the comment that I found interesting was that they mentioned that the investors were questioning why they weren’t performing as well.

And internally, there was some questioning as to why that wasn’t performing. I think a month ago, (WWE’s Head of Global Sales & Partnerships) Claudine Lilien…she went over to handle that and she was released a month ago and Nick [Khan] has taken over all these responsibilities.

When the Shane issue happened at Royal Rumble, WWE was pretty quick to kind of say, yeah he got sent home for all the reasons that you heard, right? I was not expecting the words to be used for Steph because at the end of the day, the McMahons are the McMahons and they are the most protected people in that company.”

In an update from Business Insider, it was Vince McMahon who pushed Stephanie out of WWE because she was not achieving revenue goals related to sponsorships/brand deals.

“When someone is moved out of a company, it’s usually the result of something not working. We took stronger control of that a few months ago.”

During his appearance on The Pat McAfee Show earlier this year, Vince said the following:

“I’ve probably expected more from my family members, but you have to do the right thing for the business. If this person isn’t working out, they shouldn’t be a part of the company.”