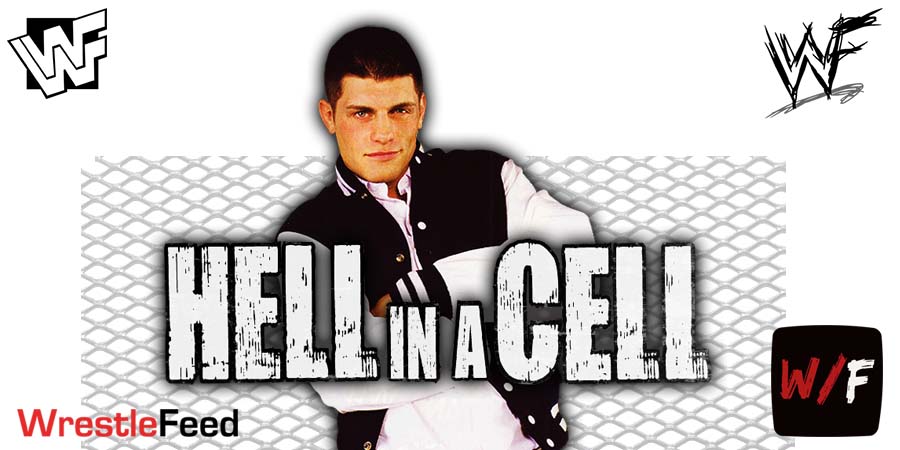 • Update On How Long Cody Rhodes Will Be Out Of Action

RAW Superstar Cody Rhodes suffered a complete pec tear last week, but he still wanted to compete in his scheduled match at Hell In A Cell.

He ended his feud with Seth Rollins by defeating him inside the Hell in a Cell structure.

Cody is expected to be out of action for around 6 months.

Fightful Select noted that Rhodes will undergo surgery this Thursday:

“Sources near Rhodes state that as of this morning, Cody Rhodes is slated to undergo surgery to repair the torn pectoral muscle this Thursday.

This means Rhodes will most likely return to action on the road to WrestleMania 39.

It was pre-taped at the Rosemont Horizon in Chicago, Illinois and featured matches, interviews & storyline segments on the road to the ‘WWF King of the Ring 1998’ PPV.

– Too Much vs. Headbangers