– The Undertaker vs. Jim Evans

– The Barber Shop with Legion of Doom

– The Berzerker vs. Warren Bianchi

– Jake The Snake Roberts vs. The Brooklyn Brawler 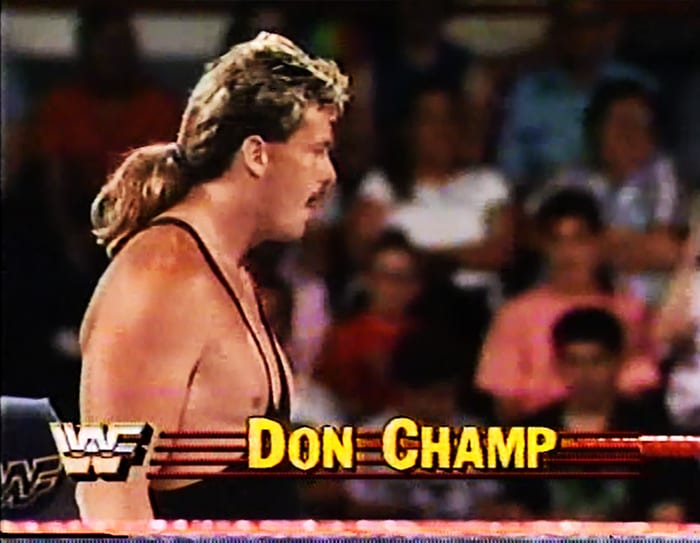 As we noted earlier, Randy Orton took a shot at NXT wrestlers for slapping their legs before every kick after NXT TakeOver: In Your House went off the air. Tommaso Ciampa then called his matches a sleeping remedy in response.

Orton then went on to call Ciampa a self appointed teacher of a wrestling school (NXT) who got his feelings hurt. The Viper’s wife, Kim Orton, also got involved in the exchange (tap here for details).

WWE has a rule of allowing wrestlers to only take shots at each on Twitter if they’re used to proceed a storyline. However, this Orton/Ciampa beef is most probably not a WWE storyline. Orton and Ciampa could just be working the fans by themselves though.

The Wrestling Observer noted that Vince McMahon isn’t happy about the exchange between Orton and Ciampa:

“The impression I was given is that Vince McMahon isn’t very happy about this. For those of you who may not know, there are rules and then there’s Vince. Vince hates it when guys or women or whatever do something that teases a match that he’s not gonna do, but if he starts booking something that doesn’t pay off it’s totally fine. There’s a different set of rules.”

WATCH: Layla Had The Best Butt In WWE: