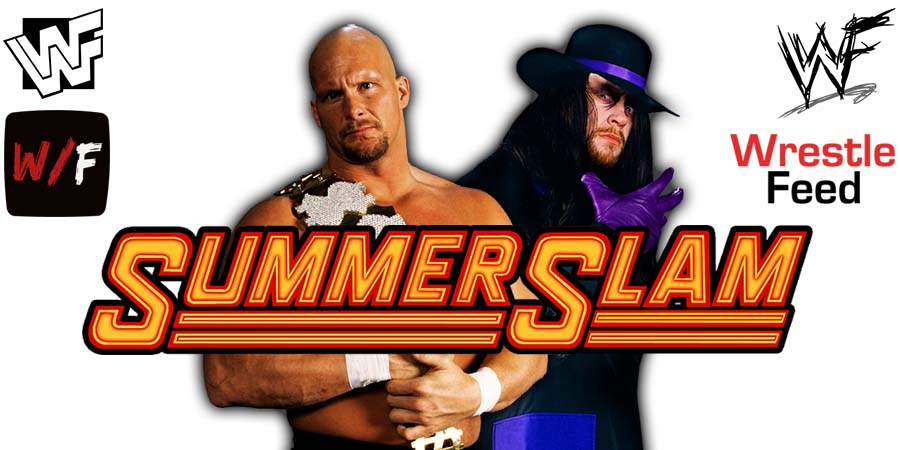 In the main event of SummerSlam 1998, Stone Cold Steve Austin defeated The Undertaker to retain the WWF Championship.

Both Superstars were babyfaces during this match and then WWF Writer Vince Russo wasn’t happy about it.

Russo thought one of these wrestlers should’ve been a heel in this match and this resulted in him having an argument with Vince McMahon.

Below is what Russo said on Pounding The Meat:

“There was one time I got in a yelling argument with Vince. I’ll never forget it, bro, because it took place in his limo, and when I’m telling you he’s in the front and I’m in the back, that’s how close we were.

Vince was trying to make the talent happy, and I totally got that, I totally understood it. They were his two biggest draws, two top stars, but I’m like, ‘Bro, this is wrong, man, they don’t want a babyface match.’ Austin and Taker will tell you to this day they had the wrong match at Madison Square Garden.

I was not the guy who didn’t fight for what I believed in. I went toe-to-toe with Vince McMahon and if I thought something was right, I stuck to it and I drove it.

If he came up with an idea that I didn’t think was a good idea, I’d say it. And you know what, bro, he respected me for that because nobody else was doing that.”