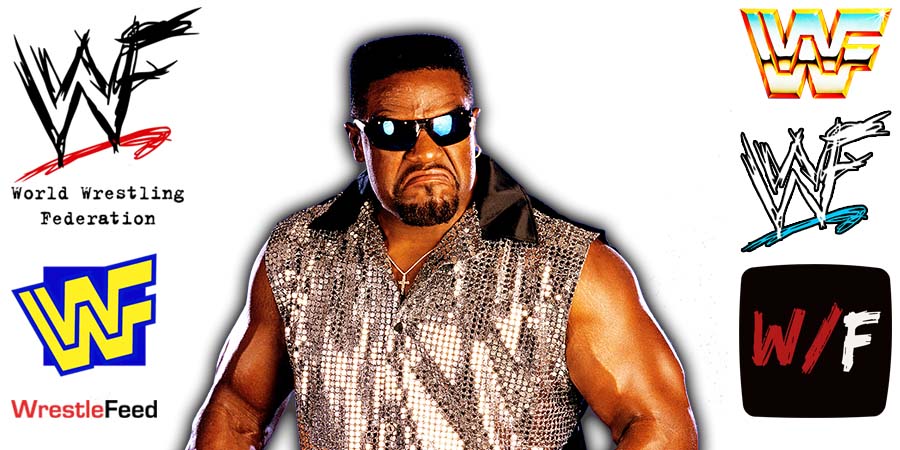 In an interview with Andrew Thompson, Old School WWF Veteran Mr. Hughes talked about his time in the World Wrestling Federation during the 90s.

Here’s what the New Generation Era Superstar had to say:

“I got a lot of fond memories from WWF, man. You know, Vince [McMahon] took care of me. He liked what I did, he liked the character. Vince likes athletes and as a big guy, what I was doing, he loved it, he saw something in me and gave me an opportunity and he gave me the opportunity to fight The Undertaker.

He lined up all the stars of WWF, from Bret Hart to Macho Man [Randy Savage] to [Jim] Duggan, all of them and they all had to get my hand raised because I was working my way towards The Undertaker and so they had to show that to get to The Undertaker, you gotta show that you’re a bad S.O.B. So that’s what Vince was trying to do and he did a damn good job at it because when he gave me the opportunity to go out there and fight The Undertaker, I didn’t believe it.

Every time I went to WWF, I was there three different times and each time they brought me in, they had me with somebody over. Either it was Triple H, Y2J or taking The Undertaker’s urn, I was always with somebody that was over.

Each time Vince brought me in, I was always with somebody who was a star there, and that was the good thing about it because at first, when Millenium Man hit, I had sent WWF a package of this new character called Millenium Man, and instead of them using the Millennium Man, they put me with Jericho and called him Y2J, which I didn’t mind because I had a gig. I had a contract, I was gonna make a whole bunch of money and so I didn’t care, you understand? The whole objective was money, period.”

Mr. Hughes worked for Ted Turner’s World Championship Wrestling from 1990 until 1992, most notably appearing as Lex Luger’s bodyguard, before joining the World Wrestling Federation, where he feuded with The Undertaker, but eventually left after just a few months.

Curtis Hughes then returned to the WWF in 1997 as Triple H’s bodyguard and in 1999 as the bodyguard of Chris Jericho.

This episode was broadcasted from the SE Texas Arena in Beaumont, Texas and featured matches, interviews & storyline segments on the road to the ‘WWE Armageddon 2003’ PPV.