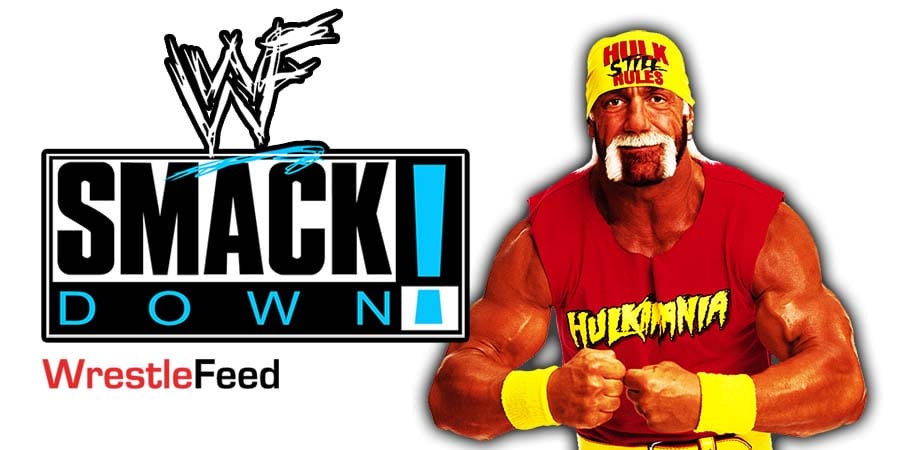 On last week’s episode of SmackDown, WWE Hall of Famer “The Immortal” Hulk Hogan appeared in a pre-taped promo, where he talked about his match with Andre the Giant from 33 years ago, which drew 33 million viewers and is the most watched match in television history in the USA.

Hogan also talked about his former tag team partner, Edge, winning the Men’s Royal Rumble 2021 match and what lies ahead of the Rated R Superstar on the road to WrestleMania 37.

However, WWE didn’t air this full clip on SmackDown (for whatever reason, most probably timing issues) and have now released it in its entirety on YouTube.

In 2015, Alundra Blayze was inducted into the WWE Hall of Fame by Natalya Neidhart.