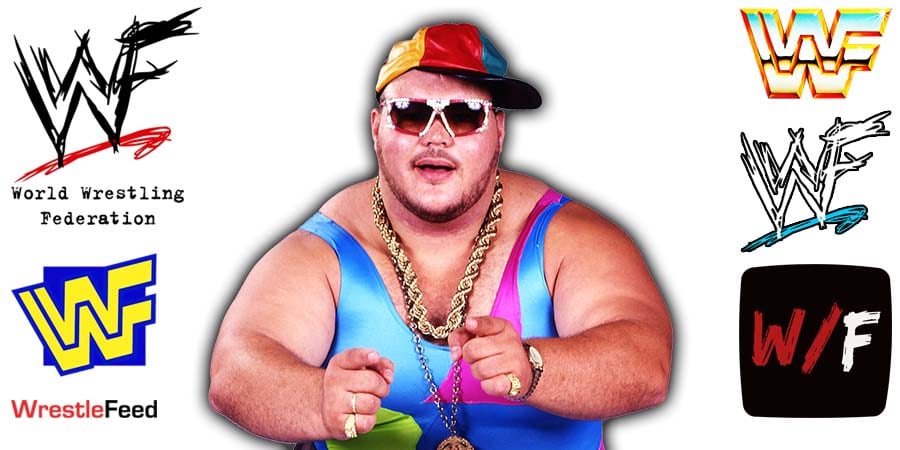 Old School WCW/ECW Veteran “The Rapmaster” P.N. News (Real name: Paul Neu) was recently interviewed by SK Wrestling, in which he talked about one of the biggest issues in professional wrestling these days.

The 1991 “Rookie of the year” opened up about the fact that there are hardly any “Big Guys” in pro wrestling anymore nowadays, which results in the entire sport becoming pretty monotonous without the mix of different body types on the roster and most wrestlers looking pretty much the same.

Here’s what PN News had to say:

“No more big guys, you know, it’s all guys around 200 to 220 lbs, big guys seem to have disappeared and I got nothing against these high-flyers and guys like that.

They’re technicians, I mean they are the backbone of the industry, but you also need those 300-400 pound guys that are athletic and can still do it and that to me is the biggest problem, that they concentrate on talking instead of the wrestling product. When I turn on wrestling, I like to see wrestling.

I learned early on in the business that if you can’t get anything over in two minutes in an interview then you should try a new profession.”

The WCW Veteran then also talked about the scaffold match he had at the WCW Great American Bash 1991 PPV alongside Bobby Eaton, against the heel tag team of Stunning Steve Austin & Terry Taylor:

“That was a nightmare. That was, you know, some great workers there, great wrestlers, tremendous wrestlers… and the thing is, they forgot to order an actual scaffold, right?

So they used rigging and the scaffold, our platform, was like three stories above the ring. It was absolutely insane and like you’re just limited to what you can do that high.

Any one of us falling off that thing, that would have been very painful. I was glad when it was over and yeah, that’s gotta go down as one of my least favourite matches ever to have wrestled.

Obviously not because of the talent but the situation and the limitations you had.”