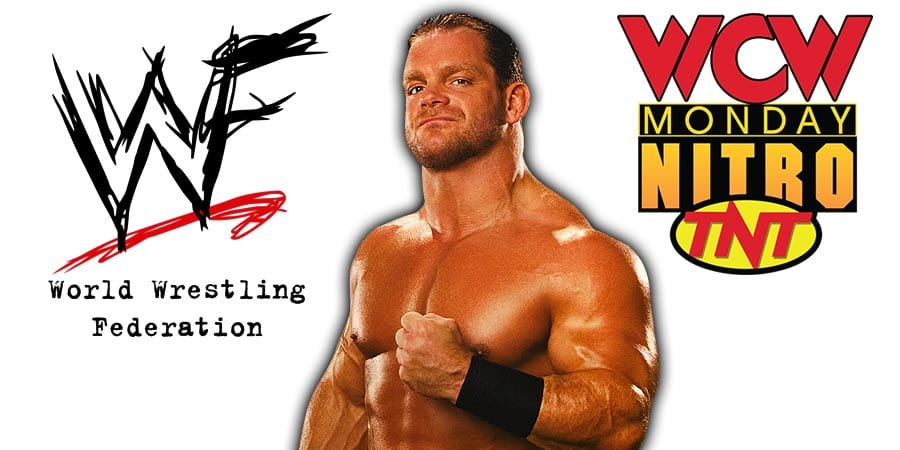 WCW Veteran Lodi was recently interviewed by WrestlingInc, where he talked about his run with Ted Turner’s World Championship Wrestling during the famous Monday Night Wars.

Here’s what the former member of Raven’s Flock had to say on his Monday NITRO debut against Chris Benoit:

“Chris was very intense with his work, he was an intense individual, and I considered him a good friend, we had done some work with him already, obviously, because Raven was in an angle with him.

You don’t want to do something wrong, and you’re thinking, ‘There’s nothing I can do that he can’t cover up.’ But still, you want to perform well. And he did, obviously. To this day, the way that some of the things in my career fell. Who gets to have their first televised match against Chris Benoit on a live show? It was a great thing for me, and Chris was awesome.

Our match got cut short halfway through and we ran into the 9 o’clock hour, and it totally cut out my heat. The best part about it was I had not wrestled. I’d been on TV for two and a half months and everybody wanted to see me get killed, and that was exactly what happened. We were almost at the cutoff spot and the referee leans in and says, ‘We got to go home,’ and Benoit said, ‘Lodi, sorry, we got to go home right now’.

Benoit was intense to watch, and he was an intense individual, but he was very safe, and his work was way lighter than it looked. The chops were not light, but his kicks, his punches, all that stuff, was great.

If someone didn’t know Chris, I think this story, if this doesn’t at least get you thinking in the right directions as to how great of a person he was, I don’t know what it would take to change your mind. To get back to the show, we had to get to the building at 2 o’clock, show starts at 8 p.m. I knew a week in advance I had to wrestle Chris at the PPV because he was going through the Flock one-by-one to get to Raven.