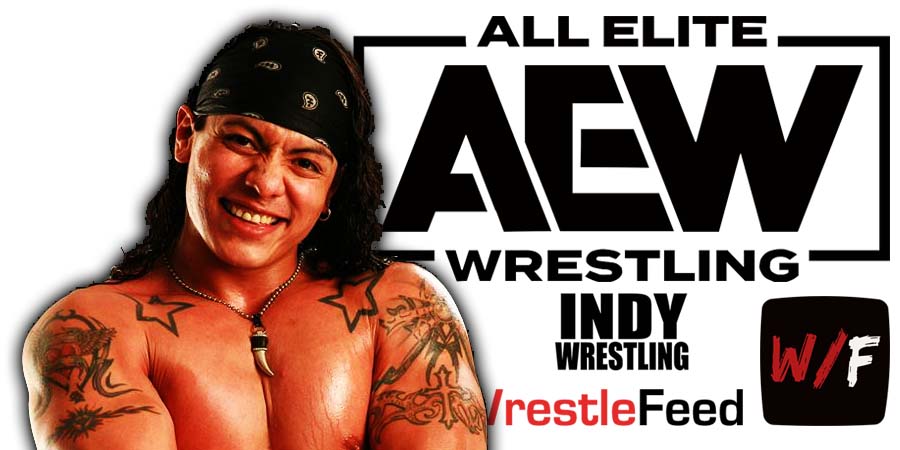 Old School WCW Veteran Juventud Guerrera made his debut for Tony Khan’s All Elite Wrestling on a recent episode of AEW Dynamite, where he wrestled fellow WCW Veteran Chris Jericho in a losing effort.

However, his debut almost didn’t happen, because of travel problems, as he revealed to Wrestling Inc. Daily.

Here’s what Juventud had to say:

“They flew me in a day before. At this time, it was three hours in customs. I missed the connecting flight from Houston to Jacksonville. I called the company. I called Chris Jericho. They’re like, ‘Okay, don’t worry,’ and then the next flight, it was 10 in the morning, but that was sold out and then the following flight, it was 11:30.

I was to arrive in Jacksonville at 3:30. I was like, no, this is my comeback, and I can’t be there late because of customs. I was trying to relax because there’s nothing you can do so just relax. They got me a hotel in Houston, and then I was rushing.

I gotta wake up at 6 in the morning, go to the airport, take the plane and then arrive in Jacksonville. I got there at 1:00, so they picked me up and then straight to the arena. A lot of emotions in between.”

Also Read: Jim Ross’ Full-Time Career In AEW Is Coming To An End

This episode was broadcasted from the Haskins Center in El Paso, Texas and featured matches, interviews & storyline segments on the road to the ‘WWE No Mercy 2003’ PPV.

4. No DQ Match: The Undertaker vs. Big Show vs. Brock Lesnar