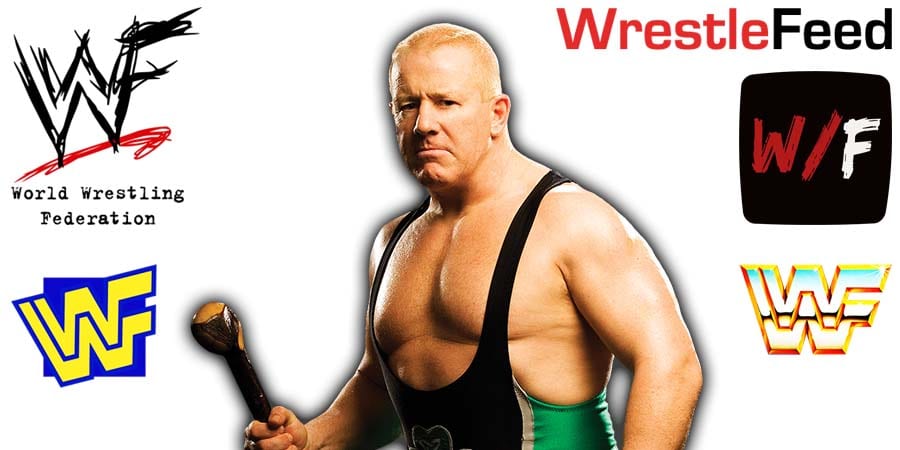 In an interview with Dave Penzer of Sitting Ringside, WWE producer Fit Finlay recalled being told that WWE didn’t want proper Women’s wrestling back in the day, and instead, the company wanted catfights and wardrobe malfunctions for them.

“I was assigned to the girls and I was there when they had to do bra & panties matches and lingerie matches and pillow fights and Thanksgiving dinner matches. The whole thing. This really was not in my wheelhouse and was not who I am.

I did it and tried my best at it. The girls were doing good, but I was getting embarrassed telling the girls how to strip each other off on a sunset flip. Eventually, I got the girls and sat most of them down and I was like, ‘Hey, I don’t know how you feel about this, but I’ll tell you how I feel.

I told them I was embarrassed about, not the job, but about how to talk to a girl and tell them how to take their clothes off in a wrestling match. It was degrading to them. We all agreed, hugged, and had a plan to teach them how to wrestle. That’s what we did.

I got my wrist slapped and was told, ‘This is not what we want, we don’t want girls wrestling like guys. We want them pulling hair and having catfights and wardrobe malfunctions.’

I would back off for a day or two and then we’d go back to wrestling. Stubbornly, I kept plugging on. Then, of course, they decided that they did want a women’s wrestling division, and it’s their idea, right? I sparked the flame, I guess.”

Also Read: “Nobody wants to see the girls fight over the guys” – Vince McMahon

He wrestled for several territories during the 70s and 80s, but was also involved in a 2004 storyline on WWE SmackDown, that saw him winning the Cruiserweight Championship from his own son.