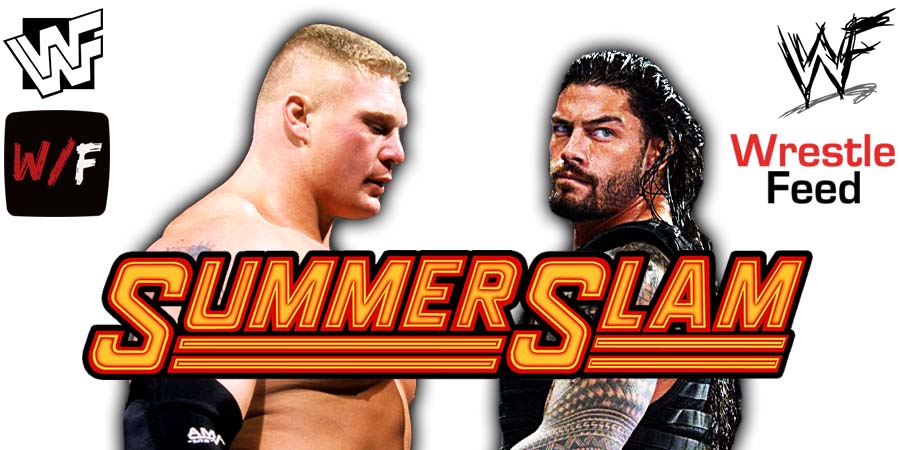 • What Did Brock Lesnar Do After Losing At SummerSlam 2022?

This match received huge praise on social media as fans witnessed something that has never happened before – the ring being lifted from one side during a match!

“Thank You Triple H” is trending on Twitter because the whole show delivered.

After the show went off the air, Lesnar climbed to the lifted end of the ring, wore his cowboy hat and the crowd popped.

Brock Lesnar climbed into the broken ring after #SummerSlam was over. pic.twitter.com/V7O1XcU5P4

But he's is still leaving with his hat.

There will never be another Brock Lesnar! 👏#SummerSlam pic.twitter.com/bBl1PmdJ2S