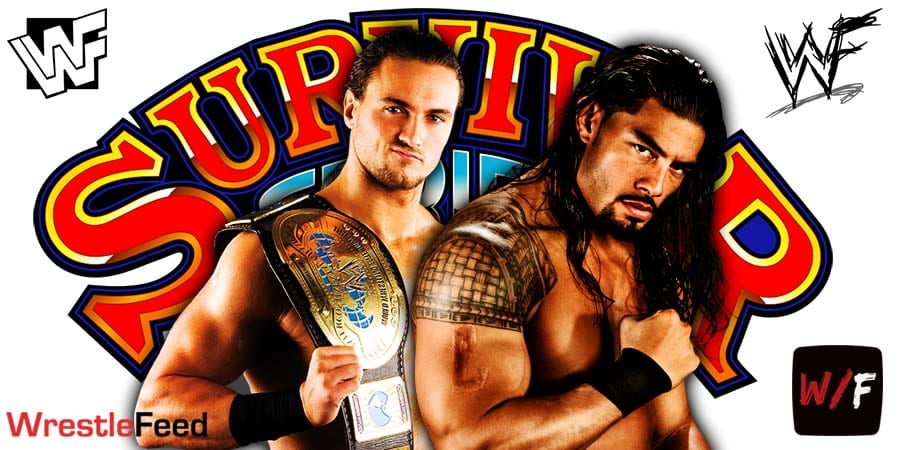 • What Did Drew McIntyre Say After Becoming A 2 Time WWE Champion?

In the main event of this week’s RAW, Drew McIntyre defeated Randy Orton to win the WWE Championship and become a 2 time champion.

During a backstage interview after RAW, McIntyre sent a message to his Survivor Series opponent, Universal Champion Roman Reigns, and talked about this big win.

“You told me to go get a title, Roman. Well, I went and got a title. See you on Sunday.

Every time I hear Drew McIntyre WWE Champion, it never gets old. It feels like the first time every time, even though this is technically my second reign. Yet, I feel exactly the same as I did the first time.

The only thing that makes it sweeter is I beat Randy Orton after everything we’ve been through. After everything he put me through personally, after everybody he attacked, and after taking my title away from me at Hell in a Cell, this felt pretty freaking good.”

McIntyre then tweeted the following:

“It’s easy to talk about what’s next. But for tonight I’m thinking about what it is. Proud of my match tonight on RAW. I’m never going to take this responsibility or this feeling for granted.”

It’s easy to talk about what’s next. But for tonight I’m thinking about what it is. Proud of my match tonight on #WWERaw. I’m never going to take this responsibility or this feeling for granted pic.twitter.com/cm4gQYtRVe

The Juicer vs. Ralph Hodges

The Renegade Warriors vs. The Ringlords