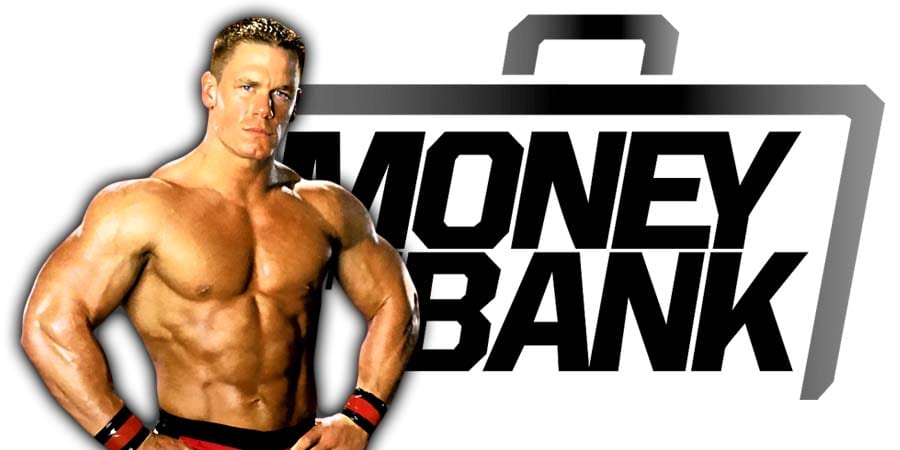 • What Did John Cena Say In His Promo After Money In The Bank 2021?

As seen in the main event of tonight’s Money In The Bank 2021 PPV, Roman Reigns defeated Edge to retain the Universal Championship.

During the ending moments of the match, Seth Rollins ran to the ring, but Edge kicked him in the face. Reigns then speared Edge to win the match.

Rollins got in Reigns’ face after the match because he wants the next shot at the Universal Championship. Edge & Rollins then left the area while brawling.

Reigns then told everyone to acknowledge him and this led to John Cena making his return to WWE. Cena did the “You Can’t See Me” taunt at Reigns and the show ended.

After the PPV went off the air, Cena cut a promo where he said the following:

“This isn’t one night only. What’s special to me is that this is the first night. I’ve missed you guys.”

He also talked about how he’s used to the “John Cena Sucks” chants, so being cheered so loud was bizarre to him tonight.

Tap here to read the complete results from Money In The Bank.

2. Chavo Guerrero Jr. vs. The Hurricane