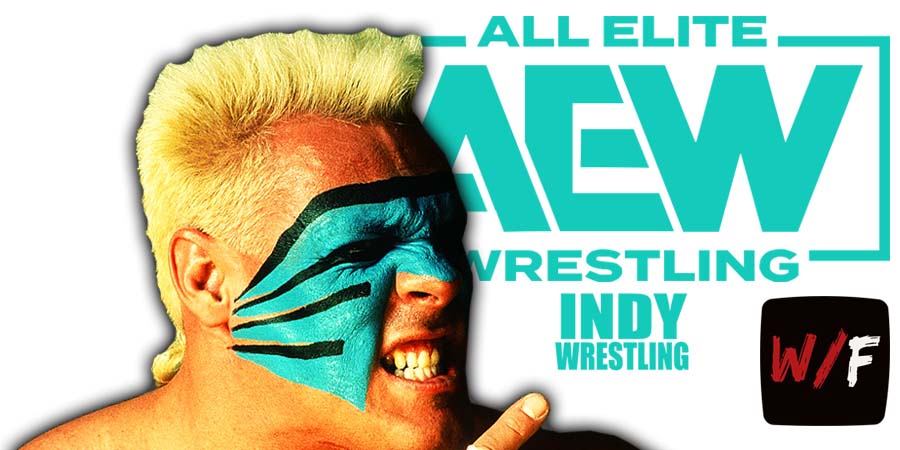 • What Did Sting & Christian Cage Do After The Main Event Of This Week’s AEW Dark: Elevation?

In the main event of this week’s AEW Dark: Elevation, Darby Allin (with Sting) defeated Angelico (with The Hardy Family Office) in a singles match.

Matt Hardy and his boys got in Sting’s face after the match. Christian Cage then ran out to even the odds and a brawl began.

Christian brawled with Matt all the way to the back, while Sting delivered a couple of Stinger Splashes in the ring to Private Party.

Ethan Page then came out and had a staredown with Darby. They will face off in AEW’s first ever Coffin Match on tonight’s Fyter Fest (Night 1) special episode of AEW Dynamite.

Also Read: A Wrestler Appeared On Both WWE & AEW Programming This Past Monday Night (Photo)

In early 1996, he joined the famous faction The Dudley Boyz in Paul Heyman’s Extreme Championship Wrestling and was soon joined by his (kayfabe) half-brother D-Von Dudley, with whom Buh Buh Ray formed a Tag Team, that eventually surpassed the stable and ultimately became one of the most famous Tag Teams in professional wrestling history.

In 1999, they jumped ship to the World Wrestling Federation and stayed until 2005, when they joined Total Nonstop Action! (now known as iMPACT Wrestling).

In 2012, he reinvented himself by turning into a singles wrestler, adapting the character of “Bully Ray”.