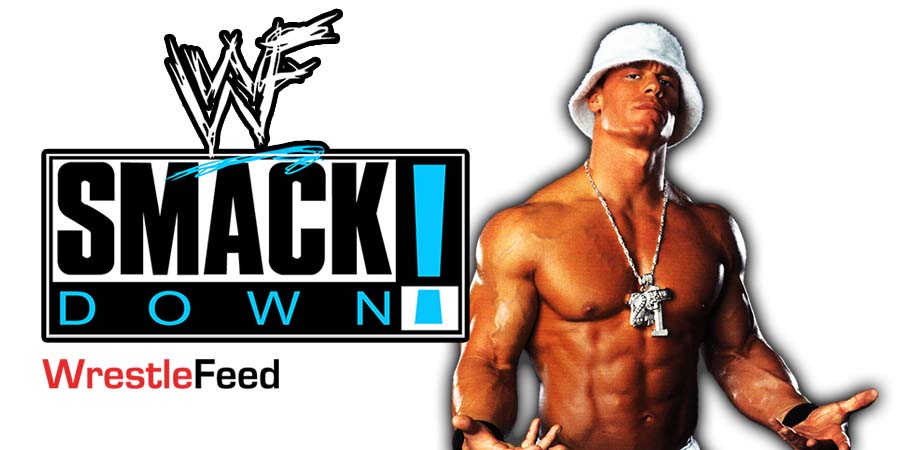 As seen in the main event of tonight’s SmackDown, the team of Sasha Banks & SmackDown Women’s Champion Bianca Belair defeated the team of Carmella & Zelina Vega.

Sasha made Carmella tap out to win the match for her team.

After the match, Sasha turned heel and viciously assaulted Bianca to end the show. The WrestleMania rematch between Sasha & Bianca is scheduled to take place at SummerSlam.

During Cena’s entrance, he crossed paths with Bianca on the stage and both stars showed respect to each other.

Cena then teamed up with The Mysterios (Dominik & Rey Mysterio) to defeat The Bloodline (Universal Champion Roman Reigns & SmackDown Tag Team Champions The Usos) in a 6-man tag team match.