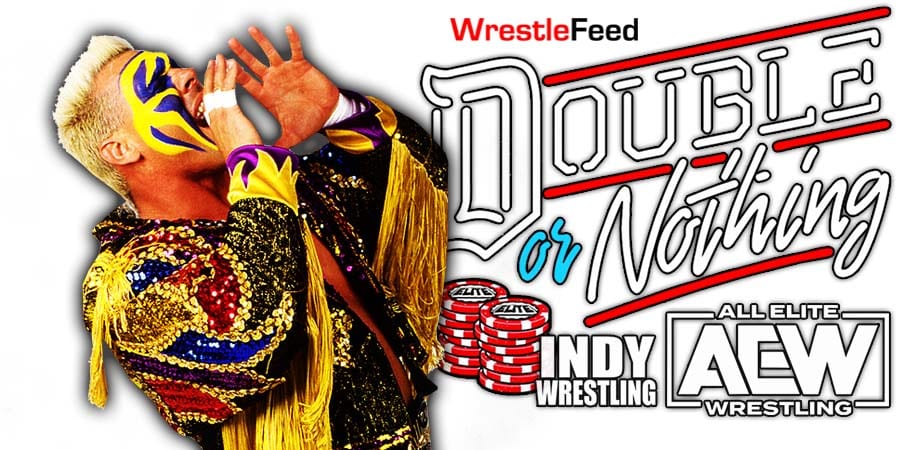 • What Happened When Sting Returned Backstage At AEW Double Or Nothing 2021?

At the AEW Double Or Nothing 2021 PPV this past Sunday, WWE Hall Of Famer Sting had his first match in the ring after 6 years.

He teamed up with former TNT Champion Darby Allin to defeat the team of Ethan Page & Scorpio Sky.

Sting hit Scorpio with the Scorpion Deathdrop and pinned him to win the match.

During the starting moments of the match, Scorpio Sky suplexed Sting on the entrance ramp, but Sting got up right away and threw Scorpio off the stage.

Sting then removed his top and he was sporting his regular in-ring gear. Sting then jumped off the stage onto Ethan & Scorpio and received a “You Still Got It” chant from the full capacity crowd.

According to PWInsider, Sting got a huge pop from the AEW wrestlers when he went backstage after the match. They all were impressed with Sting’s in-ring performance, especially at the age of 62.

Also Read: Chris Jericho On How Long It Took To Film The Stadium Stampede Match At AEW Double Or Nothing 2021

This episode was pre-taped in Duluth, Minnesota and featured matches, promos & storyline segments on the road to the ‘WWF SummerSlam 1988’ PPV.

3. The Ultimate Warrior vs. Steve Lombardi