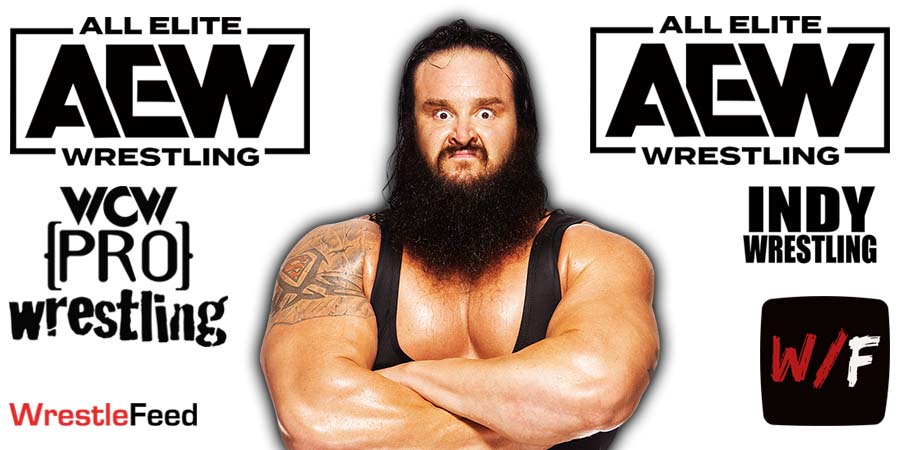 • Which Pro-Wrestling Companies Are In Talks With Braun Strowman?

Last year at WrestleMania 36, Braun Strowman defeated WCW Legend Goldberg to win the Universal Championship, but that didn’t keep WWE management from firing him in June of this year.

His 90-day non-compete clause has expired and he’s free to sign with another major promotion already.

In the past, we reported that IMPACT Wrestling (fka TNA) tried to reach a deal with the man, whose real name is Adam Scherr, but now Fightful Select is reporting that he has also been in talks with Tony Khan’s All Elite Wrestling.

Here’s what they wrote:

“There had been talks between Scherr and All Elite Wrestling, but of recent weeks we’ve actually heard that IMPACT Wrestling is heavily interested in bringing in the former WWE Universal Champion.”

The Monster Among Men worked for WWE from early 2013 (developmental) until his release on June 2, 2021.

He recently defeated EC3 at “Free The Narrative II: The Monster In Us All”, which was his 1st appearance after his release from WWE.

Johnny B. Badd vs. Kenny Kendall