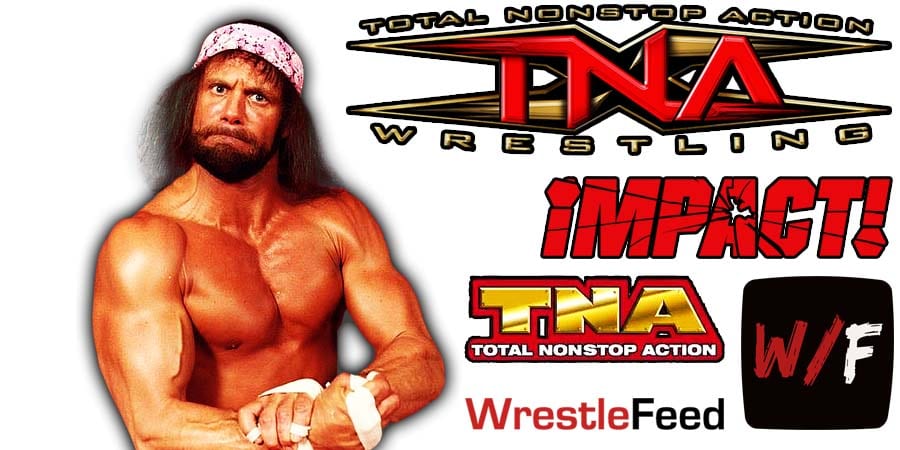 WWE Hall Of Famer Jeff Jarrett, who founded Total Nonstop Action! in 2002, recently had an interview with Fightful, in which he talked about bringing fellow WWF/WCW Legend ‘The Macho Man’ Randy Savage to TNA.

Savage made his TNA debut at the Victory Road 2004 PPV and wrestled his only TNA match at the following Turning Point 2004 PPV, where he teamed up with AJ Styles & Jeff Hardy against former nWo members Kevin Nash, Scott Hall & Jeff Jarrett himself.

“You know, him and my father, and again, we’re from the same neck of the woods as we say in these parts, right? But, no Randy Savage, and I’ll say the Poffos, go way back with the Jarretts, back into the 70s.

Randy before, pre-Macho Man, not long after his baseball days, but, it’s no secret, ICW back in those days, the territory wars if you will, or the term outlaw wrestling was used around.

But, anyhow, when that came to a head, when they went out of business, he expected my dad not to want to do business with him, but it was just the opposite. It was a great opportunity to do business.

So, at that time, probably the last person on Earth that Randy thought would want to go into business with him was Jerry Jarrett and Jerry Lawler.

But, as fate would have it, they did get into business together and did some record box office at the time, right there, Rupp Arena, Lexington, Kentucky, Mid-South Coliseum, all around the horn.

So, that stage of Randy’s career, he did his Loser Leaves Town in Memphis and the next thing you know he’s working for Vince McMahon and the WWF.

So, there’s a long, long history. Fast forward 20 something years. TNA, we’d just gotten to Orlando, and Randy and my father had started having conversations.