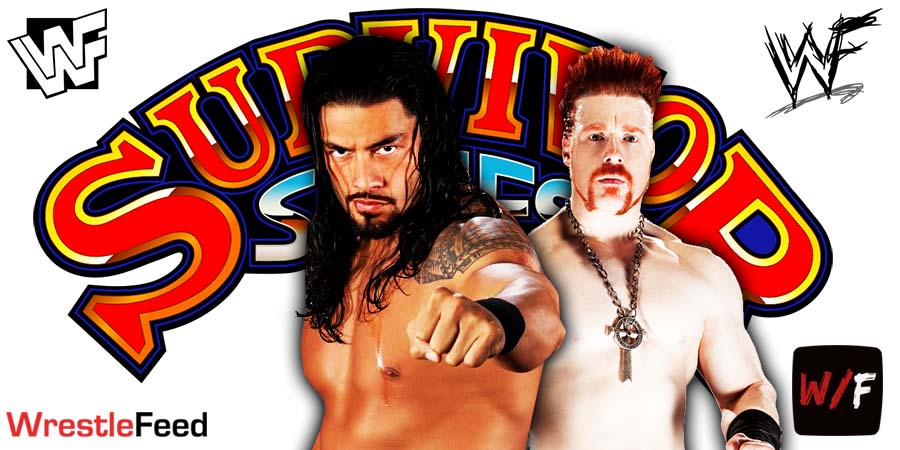 For their WarGames Match at Survivor Series 2022, The Bloodline came in all red except one man – Undisputed WWE Universal Champion Roman Reigns.

During an interview on the Not Sam Wrestling podcast, WWE Gear Designer Sarath Ton (Sasha Banks’ husband) had the following to say about Roman not wearing the red gear:

“The Bloodline, I did all the red. You will notice that there was one member of The Bloodline who wasn’t in red, and that’s not because it wasn’t made, it was because the fabric texture wasn’t what he thought it was going to be.

He put it on to see how it felt. At the end of the day, he’s the Tribal Chief, he gets to do what he wants. It would have been cool if they were all dressed in red, but at the same time, he does his thing and you’re following him.

One of the small details, I’ve been working on Sami’s stuff for a little while and when he transitioned into the storyline with The Bloodline, we had talked about putting ‘Honorary’ on his tights and for whatever reason, things didn’t progress as quickly as we wanted them to, as far as the gear.

All of a sudden, the moment comes where Roman bestows the shirt on him. I was telling him, ‘had we put Honorary on your pants when you wanted to, you wouldn’t have gotten the emotional beat that you got then because now Roman is bestowing you with the Honorary name.’

There were other beats where, if we had done it ahead of time, I don’t think it would have hit the same way in the story. This isn’t something talked about with anyone, it’s just something we try to keep in mind when we create these outfits, we’re still telling a story.

Anything we can do to assist in that, whether subconsciously or not, people can look back and are like, ‘I see that detail I didn’t notice before.'”

Also Read: Roman Reigns Was Very Angry After Survivor Series 2022 Due To An Unplanned Spot

Bob Backlund vs. Tom Stone (After more than 8 years, the former WWF Champion makes his return to the WWF!)