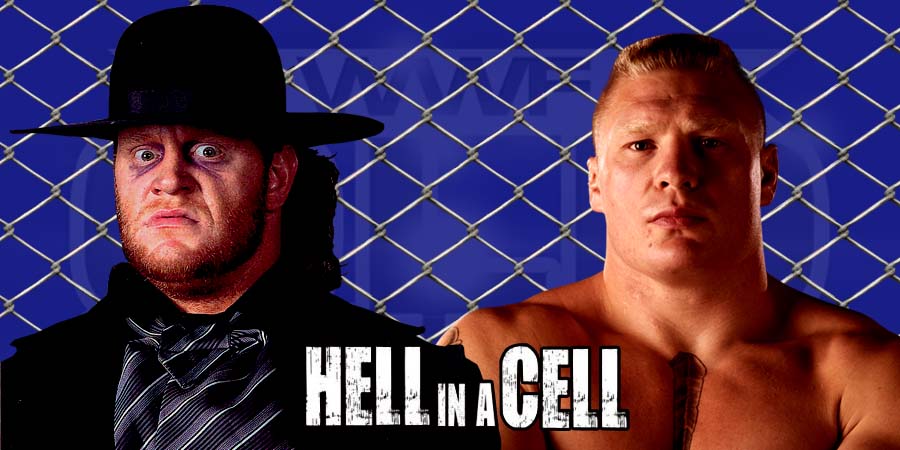 WWE Hall of Famer Jim Ross posted a new blog on his website where he talks about WWE Hell in a Cell 2015, which will feature the final battle between Brock Lesnar & The Undertaker in the main event.

Below are JR’s predictions for Hell in a Cell 2015:

Brock Lesnar vs. The Undertaker – Hell in a Cell Match:
“Been asked a lot about the outcome of the Lesnar vs. Taker match inside HIAC Sunday and I see Brock winning. Could there be a strong piece of creative waiting in the wings for this match? Will another competitor, or more, get involved? Could Lesnar AND Taker both be left down at the end of Sunday’s show or does that simply defy logic? That could help ‘make’ multiple heels to a large degree. If Lesnar wins and there is an opportunity, do the two warriors shake hands at the end of their battle? No matter the extracurricular stuff than may transpire, I’ve got Lesnar winning the match.”

Bray Wyatt vs. Roman Reigns – Hell in a Cell Match:
“Great time to have Roman Reigns get a definitive win over Bray Wyatt in the 2nd, HIAC match Sunday, or first if you’re thinking the order of events, and then not beat Roman again leading into WrestleMania Texas. That’s Reigns best chance to ‘get over’ as a star heading into Texas in April 2016.”

Seth Rollins vs. Demon Kane – WWE World Title Match:
“WWE Champion Seth Rollins needs a no questions asked win Sunday vs. Kane although I would definitely have Rollins cheat in some way to win or to facilitate the win.”

Charlotte vs. Nikki Bella – Divas Title Match:
“Seems to me if WWE is hell bent on getting the women’s division established and more meaningful than in the immediate past then Charlotte should prevail Sunday and then embark on a program that ends at WrestleMania versus Sasha Banks. Just my two cents.”