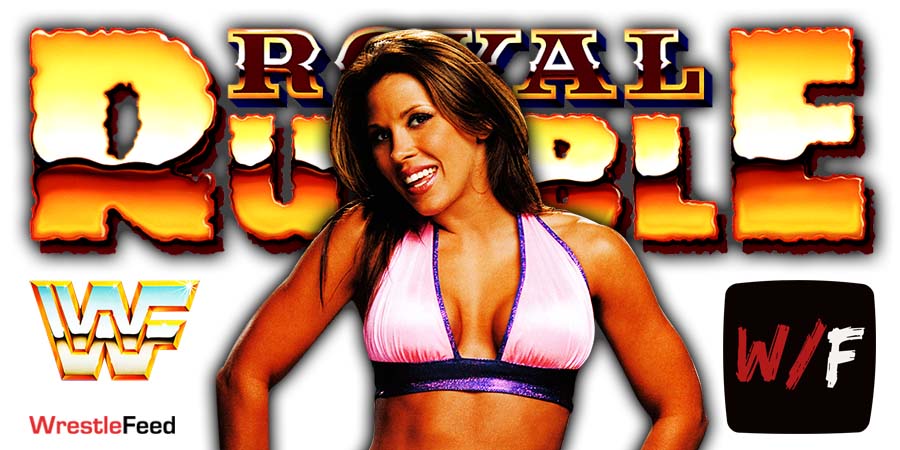 • Will Mickie James Bring The IMPACT Knockouts Title With Her At Royal Rumble 2022?

After her release from the company last year, she will be returning to WWE programming on January 29 at the Royal Rumble 2022 premiere live event, to compete in the Women’s Royal Rumble match.

During a recent interview with Ariel Helwani, Mickie was asked if she’ll bring the IMPACT Title with her at the Royal Rumble.

“I hope so. I mean I intend on. It kind of goes with me everywhere. So yeah.”

Mickie previously noted that WWE Officials apologized to her once again for the trash bag incident from last year (where her belonging were sent to her in a trash bag after her release), before pitching her this Royal Rumble appearance idea.

She recently retained her Knockouts Title against Deonna Purrazzo in a Texas Death Match at the Hard To Kill pay-per-view on January 8.

On this day in Pro Wrestling history on January 23, 1996, Ted Turner’s World Championship Wrestling aired ‘WCW Clash Of The Champions 32’ LIVE on TBS from the Caesars Palace in Las Vegas, Nevada.

The Caesars Palace has also been the location of WWF WrestleMania IX, almost 3 years earlier, but while the World Wrestling Federation went for the open-air arena, WCW booked their Clash event to be held in the indoor arena.

– The Public Enemy wrestled The Nasty Boys to a double DQ