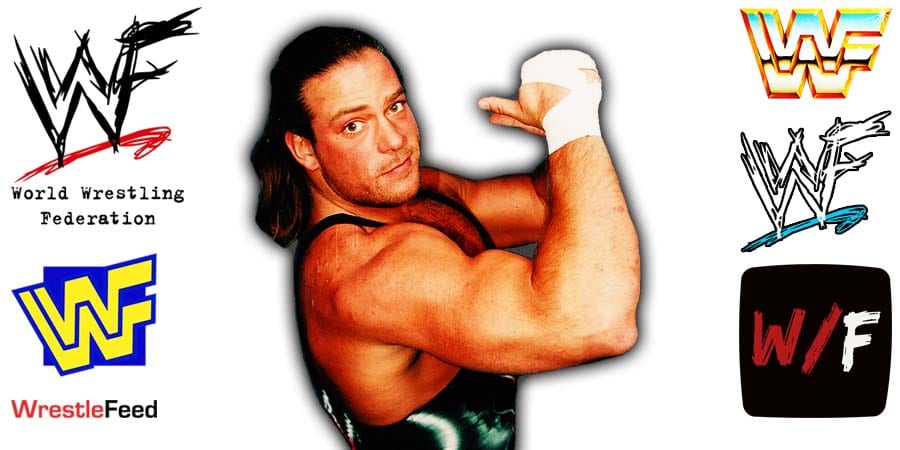 WWE Hall Of Famer Rob Van Dam recently appeared on Ryan Satin’s ‘Out of Character’ show, where he talked about his career in Paul Heyman’s Extreme Championship Wrestling and the World Wrestling Federation (later WWE).

“One time I saw ECW, and I was so drawn to the car crash appeal of it.

Everything I was seeing, it was almost like, how is that ‘pro-wrestling’ if what I’ve been doing is pro-wrestling?

It was intimidating because it was all adults, no kids, and they all wore black shirts and listened to this hard rock music.

It was so adult-themed, you know. I was glued to it.”

On winning the WWE Championship from John Cena in 2006:

“That was my crowning moment, obviously, and not just because I reached the #1 spot, having the WWE Championship.

There’s so much more to it than that because that moment, that night, all of that, was me sticking to my guns.

I went to Vince with the idea of bringing ECW back for a pay-per-view because I said you got so many guys wrestling on your roster right now that are former ECW alumni.

And we loved ECW, we could go one night, ECW style, just let us pay tribute to ECW.

And so knowing that I was fighting for what I believed in and everybody, everyone in that crowd, they were so 100% behind me, my beliefs, everything that I stood for.

They shared that passion with me and they were 100% against everything that Cena stood for in their mind.

So it was really an out of my whole career experience.

Winning that night really felt like a victory, not just for me but for all the hardcore fans, it really did.

It felt like everyone that had been supportive back in the day of ECW, that had continued to support the ECW alumni, everyone that really preferred and missed that style, they were all rewarded that night.”

This episode featured pre-taped matches, interviews & storyline segments on the road to the ‘WCW Slamboree 1994: A Legends’ Reunion’ PPV.