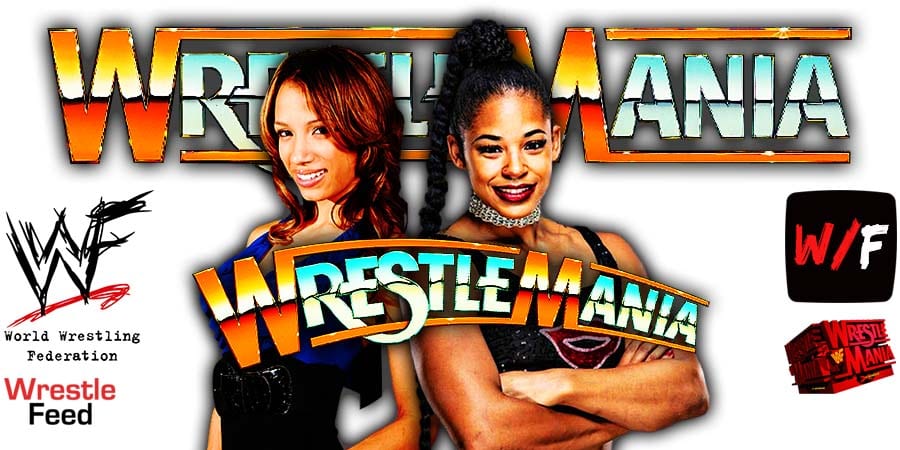 Many people believed that the WWE Championship match will be the main event of Night 1, but that’s not the case.

With that being said, it is possible that the WWE Championship match between Lashley and McIntyre now kicks off Night 1, as WrestleVotes reported yesterday that WWE officials are talking about the Kickoff Show on Night 1 to feature no matches, as they want the first entrance in front of fans on the main show as it will be a big deal.

“Hearing something interesting – WWE may not feature a match on the WrestleMania kickoff show for night 1, as the 1st entrance back in front of fans is being looked at as a HUGE deal. Not decided at all, but definitely a conversation happening within creative.”

Sasha Banks vs. Bianca Belair will be the second women’s main event in WrestleMania history, with the first one being Ronda Rousey vs. Becky Lynch vs. Charlotte Flair at WrestleMania 35.

5. Jake Roberts vs. The Black Knight