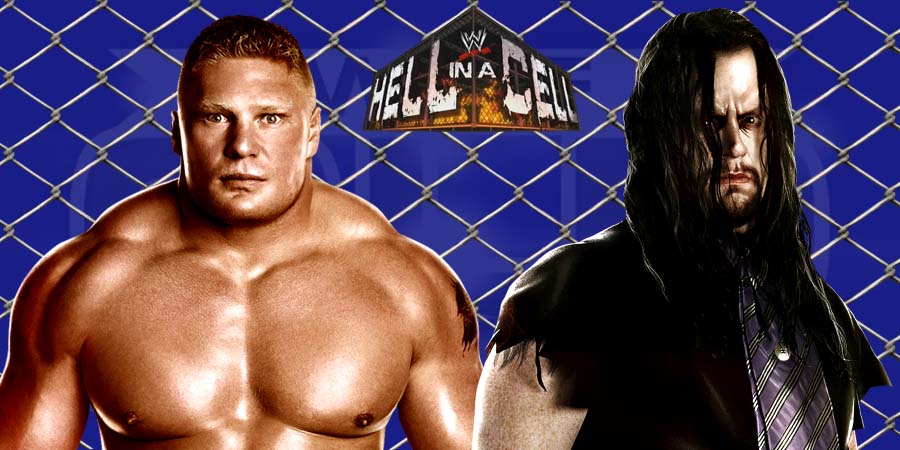 WWE announced during the Night of Champions 2015 broadcast that Brock Lesnar & The Undertaker will battle each other one last night at next month’s Hell in a Cell PPV in a match they have been before, Hell in a Cell.

A few weeks back, the plan was for Lesnar & Taker to clash in a final bout at WrestleMania 32 next year. However, with Taker most probably losing in this rubber match, WWE would never think about booking Undertaker to lose at a WrestleMania event ever again.

Brock Lesnar’s “Hell Tour” is gonna start at the WWE Madison Square Garden Live Event where he faces Big Show. After he’s done with this, Lesnar is gonna go one-on-one with “Stone Cold” Steve Austin on the Stone Cold Podcast on WWE Network, and then comes the Hell in a Cell match with The Undertaker. This is going to be Undertaker third match in the WWE this year, and possibly his first loss of 2015.

Missed the return of 2 WWF Legends at Night of Champions 2015? We got it covered for you: