– Construction for the WrestleMania 33 set has begun and below is the first photo of it: 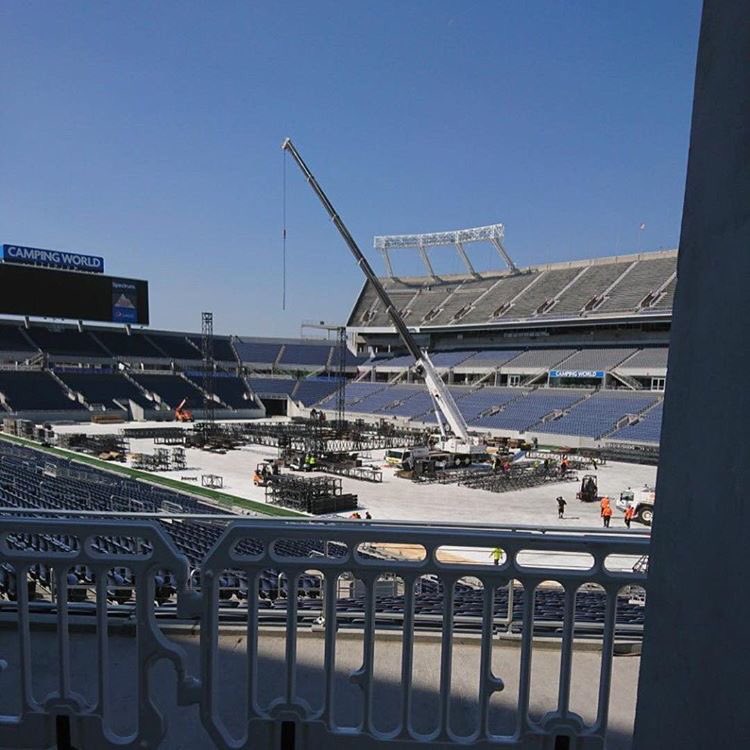 – Paul Heyman has signed a new WrestleMania 33 deal with Yahoo to create content related to WrestleMania 33 for them (including exclusive footage of Brock Lesnar preparing for WWE Universal Champion Goldberg). Below is what Heyman had to say about this to The Wrap:

“Last year, our partnership with Yahoo! Sports was the most successful collaboration we’ve ever done with the Heyman Hustle website. It also provided a look into our Looking4Larry Agency that launched the bidding war for the rights to the reality show we’re currently shooting. This year, we are debuting seven never-before-seen videos with behind the scenes footage of Brock Lesnar that even I find intimidating, and also doing a Facebook Live session for which I’m already lawyering up!”