It featured pre-taped matches, studio interviews & storyline segments on the road to the ‘WWF WrestleMania 2’ PPV, that happened later on the same day.

• WrestleMania 35 Set Revealed & Some Fans Don’t Like It (Video)

However, we now have a photo and video of the WrestleMania 35 stage/set. Below is a photo: 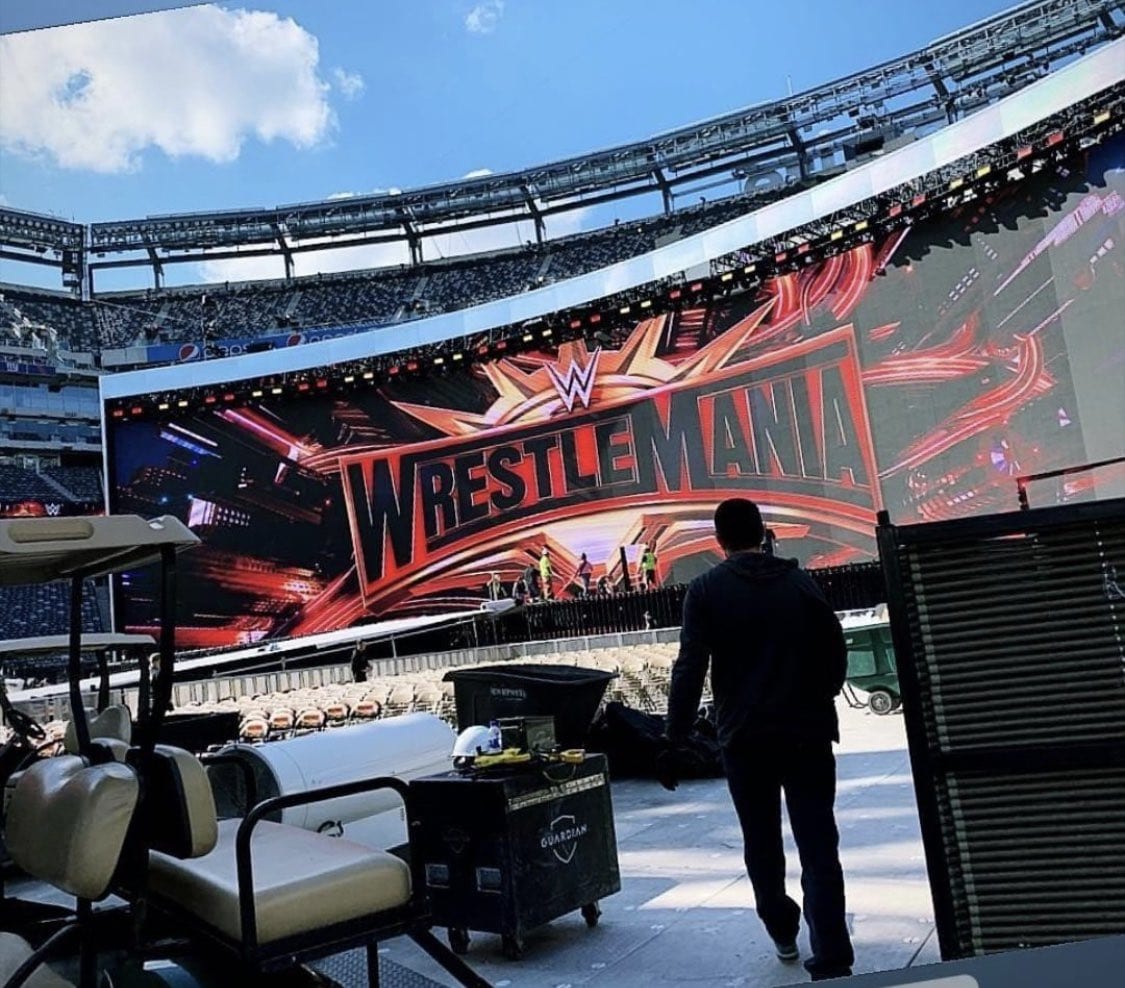 Below is a video of the set with Seth Rollins’ entrance being tested:

As you can see in the above photo and video, the WrestleMania 35 stage is basically a big screen and this didn’t sit well with some fans (who are now accustomed to fancy WrestleMania sets, like the one they had in 2017 for WrestleMania 33).