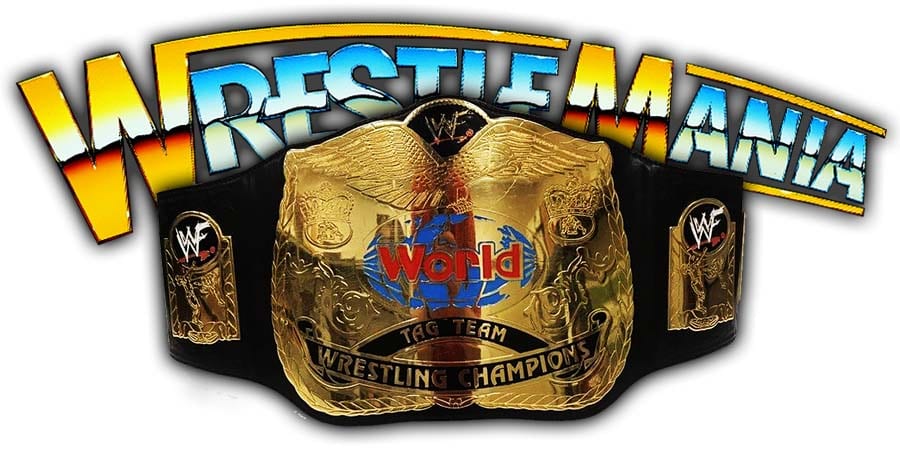 Up next is the RAW Women’s Championship match. “The Cage Fighter” Shayna Baszler makes her way out first, followed by “The Man” Becky Lynch.

Becky arrived in style for her match:

After back & forth action, Shayna applied her finishing chokehold on Becky, but Becky rolled up and pinned Shayna to win the match!

The match begins and Zayn is running away from Bryan. Nakamura & Cesaro attack Gulak during the match and Bryan then took them out with a Suicide Dive.

Zayn then took advantage and nailed a Helluva Kick on Bryan to win the match.

Up next is a triple threat “singles” ladder match for the SmackDown “Tag Team” Championship.

This match was made a triple threat singles match after WWE removed The Miz as he was sick (storyline wise he got hurt on last night’s SmackDown).

.@TheRealMorrison walks the tightrope and connects with an Avalanche Spanish Fly. #WrestleMania pic.twitter.com/Z60uAhpAuE

All 3 of them are at the top of the ladder in the end and all of them unhook the handle holding the Titles.

Jimmy & Kofi throw Morrison down and he falls down on another ladder, but he managed to grab the Titles before falling and wins the match!