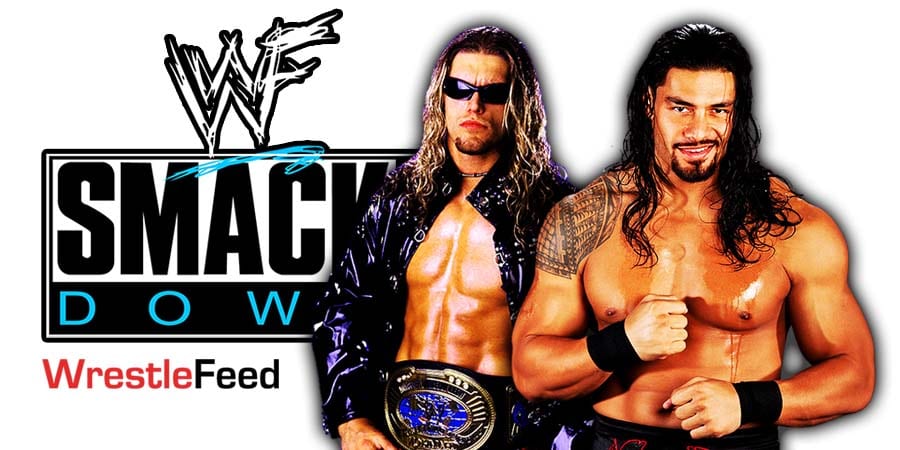 Edge then said Reigns is insecure and that The Tribal Chief knows whoever he chooses to face will be the main event of WrestleMania 37, and it could be WWE Champion Drew McIntyre, AJ Styles or Randy Orton (if they win the WWE Title in the Elimination Chamber).

Sami Zayn then interrupted and started talking trash. Jey Uso took him out with a Superkick.

Reigns then whispered something in Edge’s ear and left.

As we have noted before, Roman Reigns vs. Edge for the Universal Championship is the currently planned main event of WrestleMania 37.

During his last two years in the WWF (1984 & 1985), he was mainly used as a “Jobber To The Stars” to put over big names like Don Muraco, Bob Orton Jr., Randy Savage, Adrian Adonis, King Kong Bundy, Bret Hart and Jesse Ventura, but also gained a few wins in between over wrestlers like Steve Lombardi, Charlie Fulton and Rene Goulet.