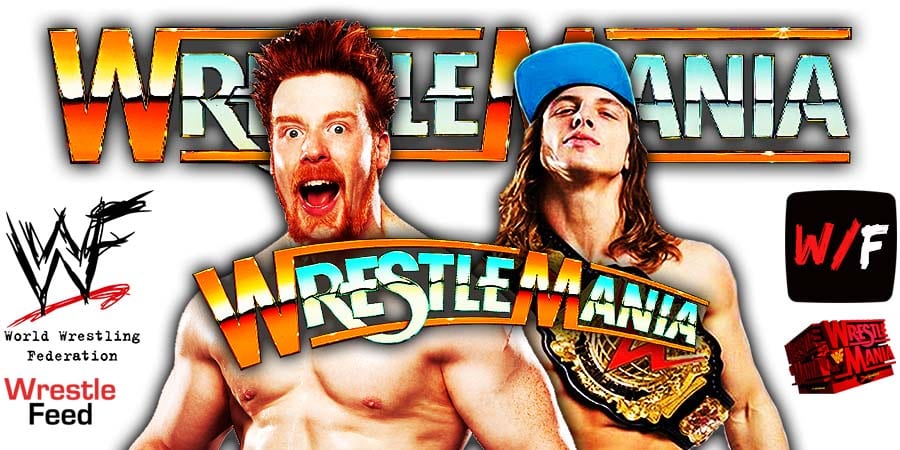 Up next is a singles match. Sami Zayn makes his way out. He introduces Logan Paul, who got some boos. Kevin Owens comes out next.

The match begins and Zayn comes running at Owens and Owens hits a Pop-Up Powerbomb!

However, Zayn managed to get out of the ring to avoid losing immediately.

The action now returns to the ring and Owens is absolutely dominating Zayn.

Zayn comes back into the match after hitting a Brainbuster on Owens on the ring apron.

Zayn hits the Michinoku Driver on Owens and goes for the cover, but Owens kicked out.

Zayn hits Owens with an Exploder Suplex in the corner. Zayn nails the Blue Thunder Bomb and goes for the cover, but Owens kicks out.

Zayn hits another Exploder Suplex in the corner and hits a Brainbuster again. He goes for the cover, but Owens kicks out again.

Owens suplexed Zayn from the tope rope. Owens clotheslines Zayn in the corner twice, but Zayn fires back with a Helluva Kick!

Zayn comes running for another Helluva Kick, but Owens hits a Superkick. Owens hits another Superkick, followed by a Stunner to pick up the win.

Logan Paul entered the ring after the match to check on Sami. Logan tells Owens that was awesome and wants to shake his hand and Zayn gets mad at Logan.

Logan then shoved Zayn down and sees what Zayn will do. Zayn retreats and Logan raises Owens’ hand.

Owens isn’t happy with Logan’s antics and Owens takes down Logan Paul with a Stunner and Logan sold it beautifully!

Up next is the United States Championship match. Sheamus makes his way out first, followed by the champion, Riddle.

After back and forth action, Riddle goes for a Jackhammer on Sheamus, but also dropped Sheamus in his first attempt.

Riddle tries again and hits the Jackhammer / Brohammer and goes for the cover, but Sheamus kicks out.

Riddle takes out Sheamus on the outside.

Riddle locks in the Reverse Armbar on Riddle, but Sheamus reverses it and deadlifts Riddle to drop him down.

Riddle locks in the Sleeper Hold, but Sheamus manages to reach the bottom rope. Sheamus delivers some vicious shots to Riddle after this.

Sheamus puts Riddle on his shoulders and climbs the top rope and goes for the White Noise, but slips and lands on his feet and hits a normal White Noise.

Sheamus hits a flying knee to Riddle from the top rope and goes for the cover, but Riddle kicks out.

Sheamus lays out Riddle with a Brogue Kick after Riddle jumped from the second rope for a moonsault, and pins him!

Riddle is bleeding from the mouth after the match. 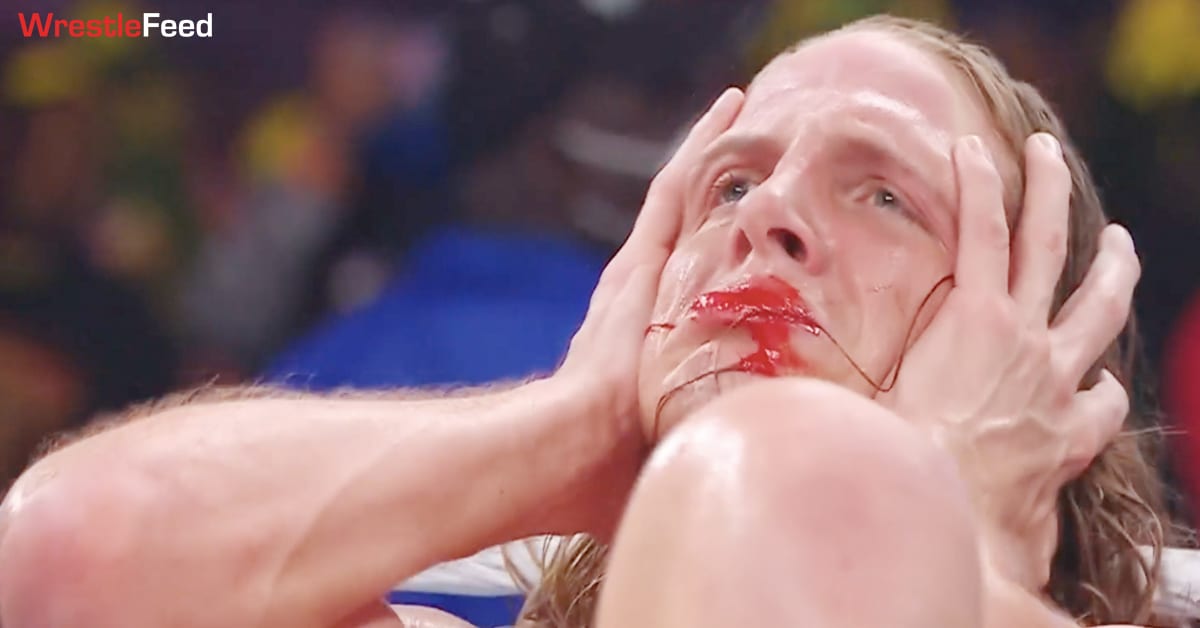 You can watch the vicious Brougue Kick below: