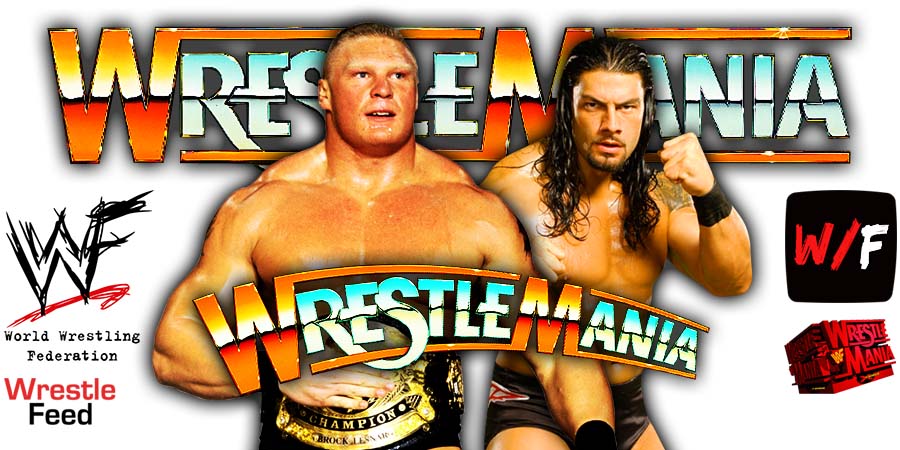 WWE’s biggest fanbase is from India.

A WWE Official said the following about their TV viewership in India a few years ago:

“India is one of our top international markets. In terms of audience size, it is our largest.

Sunday Dhamaal has 25 million tuning in. And those are numbers greater than any other international markets we have.”

According to The Broadcast Audience Research Council of India (BARC), WrestleMania 38 drew 56.1 million viewers in India on the Sony Sports Network.

WrestleMania 38 also defeated Super Bowl 56 on Social Media. Below is what WWE posted about it:

WWE won in video views with WrestleMania at 1.1 billion vs. Super Bowl at 618 million.

WWE won in engagements with WrestleMania at 87 million vs. Super Bowl at 78 million.

Prior to the announcement of beating Super Bowl, WWE issued the following press release:

WWE’s annual pop-culture extravaganza saw 156,352 fans from all 50 states and 53 countries converge on AT&T Stadium in Dallas over the course of two exciting nights, surpassing the previous gate and attendance records set by WrestleMania 32 in 2016.

WrestleMania 39 takes place in Los Angeles at SoFi Stadium and Hollywood Park on Saturday, April 1, 2023 and Sunday, April 2, 2023. Ticket information will be announced later this year.”

As we noted before, Tony Khan has plans to build the AEW brand in India with Satnam Singh, who debuted last week on Dynamite. AEW currently airs on Discovery’s Eurosport in India.

On this day in 2005, we lost Old School Wrestling Veteran Silo Sam (Real name: John Harris) at the age of 52.

Standing 7ft 5in (billed as 7ft 7in), John Harris ranks #3 on the list of the tallest professional wrestlers ever, which can be seen by tapping here.

Quite a lot of people remember him for chasing Pee-wee Herman because of a girl in the movie “Pee Wee’s Big Adventure”.