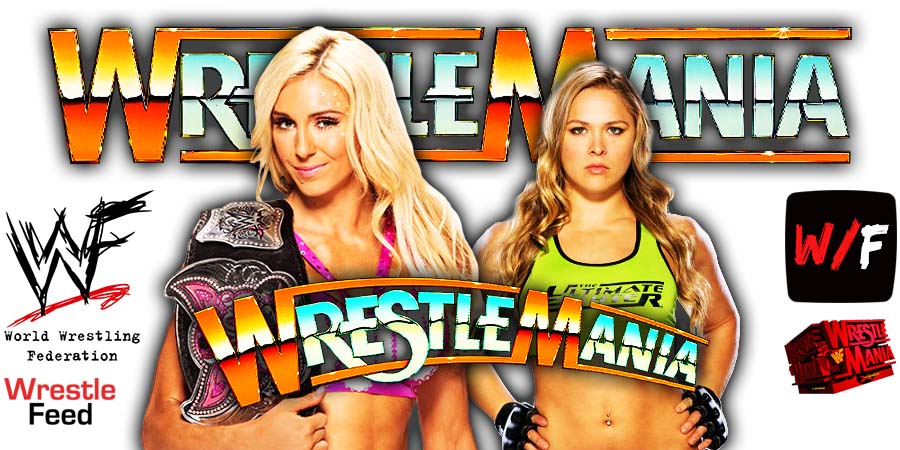 This is part 9 of our WrestleMania 38 live coverage (part 8 is here).

After Cody Rhodes defeated Seth Rollins, the WWE Hall Of Fame Class Of 2022 came out.

The headline inductee, The Undertaker, got his special Deadman entrance, but he didn’t come out in his ring gear, he was wearing a suit.

The Undertaker waved goodbye to the WWE Universe, as this could be his final WrestleMania appearance.

#ThankYouTaker@undertaker returns to #WrestleMania as a WWE Hall of Famer! pic.twitter.com/rztGWfeGKY

The attendance for tonight was announced after this: 77,899.

Up next is the co-main event of the evening and it is for the SmackDown Women’s Championship.

Women’s Royal Rumble 2022 Winner “Rowdy” Ronda Rousey made her way out first, followed by the champion, “The Queen” Charlotte Flair.

After hard-hitting back & forth action, Ronda locked-in the Ankle Lock, but Charlotte reversed it. Rousey managed to reach the bottom rope and then sent Flair face-first into the bottom turn buckle.

A few moments later, Ronda locked in the Ankle Lock again, but Flair managed to get out of it again.

Flair locked in the Figure 8 Leg Lock and she suffered a nip-slip at this point, so WWE blacked the screen for a while and then changed the camera angle.

You can check out the nip-slip below:

In the end, Charlotte accidentally knocked out the referee after being pushed by Ronda. Ronda then made Flair tap out to the Armbar, but the referee wasn’t looking.