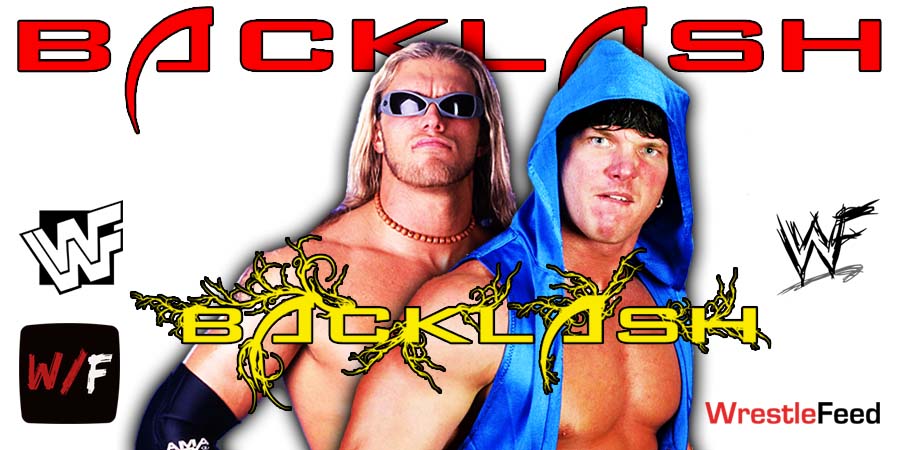 This is part 3 of our WrestleMania Backlash 2022 live coverage (part 2 is here).

Up next is a WrestleMania 38 rematch between Edge and AJ Styles. Damian Priest of Edge’s Judgment Day stable is barred from ringside for this match.

During Edge’s entrance, all his major accomplishments in WWE were listed, including his 11 WWE World Heavyweight Championship wins.

The match begins and AJ takes out Edge with a Moonsault on the outside.

It should be noted that AJ’s left shoulder is taped up and Edge is working on it.

Edge has the Crossface locked in on Edge, but AJ counters and locks in the Calf Crusher, but Edge manages to reach the ropes.

Edge is holding on to the turnbuckle, but AJ pulls him away and hits a German Suplex. Edge ripped the turnbuckle and exposed it while getting pulled away during the suplex.

Edge goes for the Spear, but AJ sends him face-first into the exposed turnbuckle.

Styles hits the Styles Clash on Edge and goes for the cover, but Edge manages to kick out!

Priest comes out, but he’s in the entrance area, so not at ringside. Finn Balor comes out and attacks Priest.

During all this distraction, a mystery person in a mask from Edge’s Judgment Day stable attacked AJ.

Edge then put AJ to sleep with a sleeper hold to pick up the win.

The mystery person is revealed to be former RAW Women’s Champion Rhea Ripley!