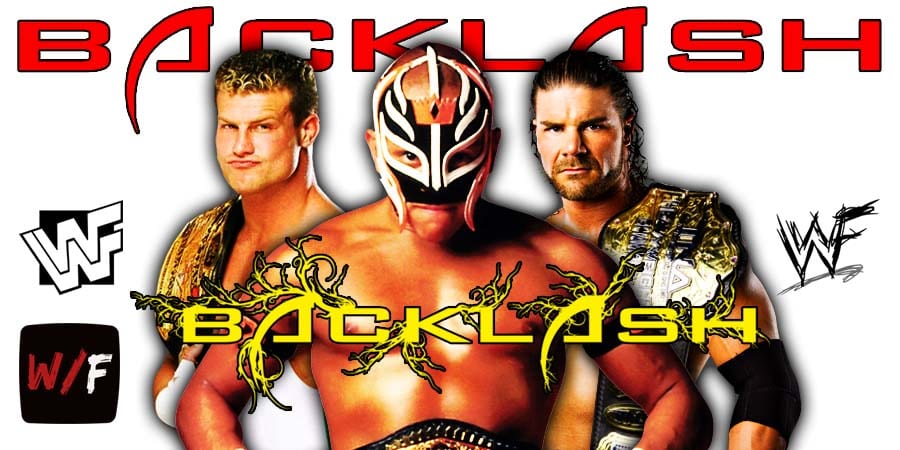 After this, United States Champion Sheamus came out to issue an open challenge.

Ricochet answered the open challenge, but was unsuccessful in defeating the Celtic Warrior.

After the match, Ricochet laid out Sheamus and wore Sheamus’ jacket & hat to mock him. It looks like this isn’t over.

The main PPV show opens with the RAW Women’s Championship match. This is a Triple Threat Match between Rhea Ripley (the champion), Charlotte Flair and Asuka.

After back & forth action, Ripley hit Asuka with the Riptide and pinned her to win the match.

Ripley is still the RAW Women’s Champion and she mocked Charlotte after the match, and The Queen is not happy.

A backstage segment between The Miz & John Morrison aired next and Morrison said he’s going to talk to the wrestlers and make sure that the Lumberjacks are in The Miz’s favor during his match against Damian Priest.

After this, it is revealed that Dominik isn’t cleared for tonight’s match after he was brutally attacked by Dolph Ziggler & Robert Roode.

It’s time for the SmackDown Tag Team Championship match and Rey Mysterio is out alone to take on Ziggler & Roode.

Mysterio got a hot start in the match, but now he’s realizing this is not as easy as he thought it would be.

Ziggler & Roode after absolutely dominating Rey. Dominik has now come out to be a part of the match and help his father.

Dominik finally tags in and Roode lays him out with a Spinebuster! Ziggler & Roode double-team to hit a neck breaker on Dominik. Ziggler goes for the cover, but Dominik kicks out.

Ziggler is tuning up the band, but Dominik is the one that hits him with a Superkick!

Both tag in their partners. Rey hits the 619 on Roode, tags in Dominik and takes out Ziggler.

Dominik then hits a Splash on Roode to pin him and win the match!

History has been made, as this is the first time ever in WWE history that a father-son duo have held Tag Team gold!