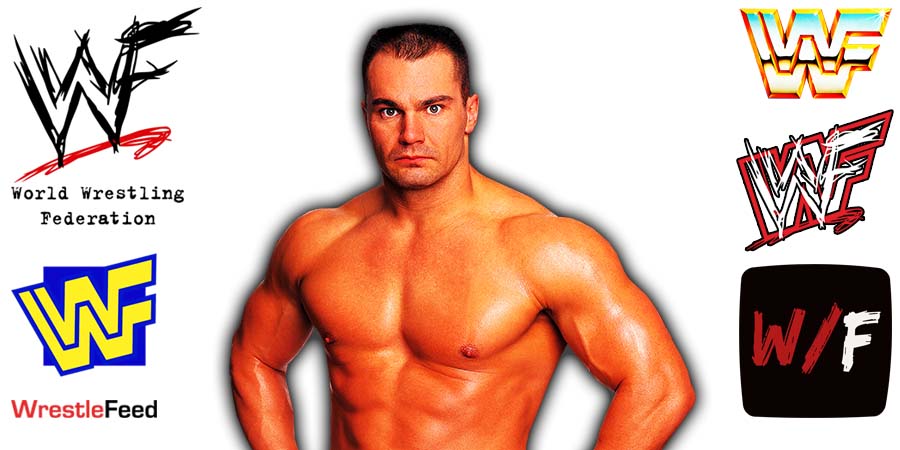 • Wrestling Legend Says WWE Booked Him To Have No Personality

How many of you remember when WWE used Old School ECW/WCW/WWF Veteran Lance Storm in a storyline that had him coming across as ‘boring’ in 2003?

Unfortunately, that led to a lot of fans and even people who also work in the pro-wrestling business to believe that Lance actually had no personality.

Here’s what Storm said on the It’s My House podcast, when asked about those accusations:

“The thing is, I honestly believe this is the misnomer, of people getting worked or believing their own sh*t. If you go back and watch my ECW stuff, no one’s gonna say I had a lack of personality or a lack of character. And in WCW, the particular character that I was doing was getting me very over in a very short period of time.

When I got to WWE, I was specifically told and instructed to have no emotion, no personality, and be a robot. I was specifically told that their vision for me was ‘Sam the Eagle’ from The Muppets, and when I did promos in WWE I was constantly told to do retakes because ‘you’re not flat enough, you’re not monotone enough, we want you duller,’ and they would make me do retakes and retakes and retakes. Because that’s what they told me they wanted, so that’s what I did, because I’m a professional.

And then, it’s either a case of one hand not listening to the other, or them wanting certain things to fail, or I think it’s more one not knowing the other, that someone had a vision of ‘[Lance] is going to be this guy with a stick up his ass and be flat’, but after several months of doing flat, monotone promos, because that’s what they kept telling me, and if I didn’t do it flat enough, they’d make me re-tape it.

[Chris] Jericho came to me and said, ‘Do you realize you’re getting buried in production meetings for being flat and monotone in your promos?’ I just looked at him and said, ‘They’re making me do this sh*t!’ And he’s like, ‘Oh, well you’re getting buried for not having any personality in the production meetings.’ And I’m like, ‘well, then they’re f**king morons’ because they’re the ones telling me to do this.”

It was pre-taped at the Civic Auditorium in Omaha, Nebraska and featured matches, interviews & storyline segments on the road to the ‘WWF SummerSlam 1998’ PPV.

– Faarooq & 2 Cold Scorpio vs. The Headbangers