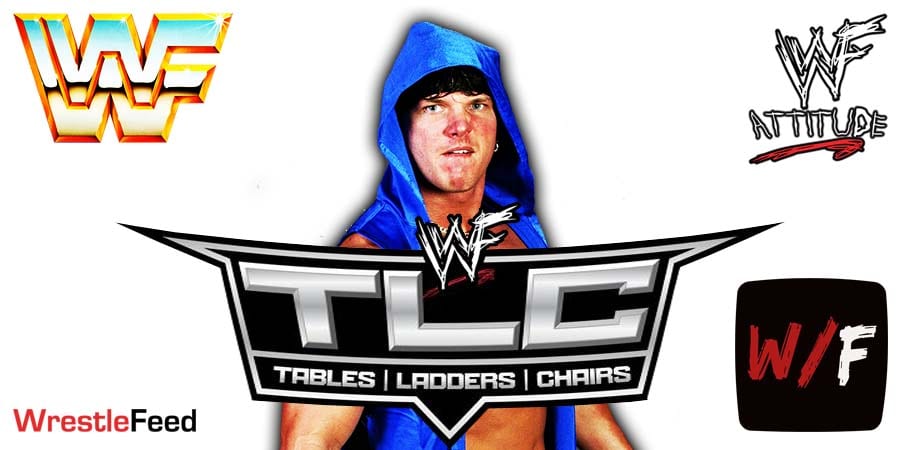 Styles has now earned a WWE Championship match against Drew McIntyre at the upcoming TLC 2020 pay-per-view.

Drew McIntyre vs. AJ Styles for the WWE Championship is the only match announced for this PPV as of this writing. As we noted exclusively before, this was the backup plan for TLC 2020.

In an interview with Daily DDT earlier this year, McIntyre revealed that he has waited a long time to face Styles in a singles match:

“AJ Styles certainly floats around the top of the list. Him and I have been like ships in the night for the past few years.

When I was gone from the company, he was the biggest star for years, independent wrestling, and he was in Japan at the time, and there was a chance we were going to be the same company and things didn’t work out, and then a bunch of independent companies decided to book us together and timing didn’t work out, then he came back anyway to WWE, and then finally I came back to WWE, eventually we’re on the same roster, and I think I was a bad guy, he was a good guy, and then suddenly he’s a bad guy, and oh, that other match is probably not going to happen, and then I’m a good guy, he’s a bad guy, oh, we got a match that is going to happen, then he goes to SmackDown, so over the years when I look at the lay the land and AJ and I keep missing each other, and I think recently on his Twitch stream, he talked about a few dream matches of his, and one with myself at WrestleMania would be high on his list, which is so cool, because I really AJ, I really want that match.

When it happens, I want people to know it’s been a long time coming, years coming.”

• Old School WWF/WCW Veteran Would Have Celebrated His Birthday

Today would have been the 62nd birthday of Old School Wrestling Veteran “The Z-Man” Tom Zenk.

You probably remember Tom Zenk as one half of the WWF Tag Team The Can-Am Connection, teaming with Rick Martel in the World Wrestling Federation from 1986 to 1987, but Tom also wrestled for Ted Turner’s World Championship Wrestling from 1989 till early 1994.