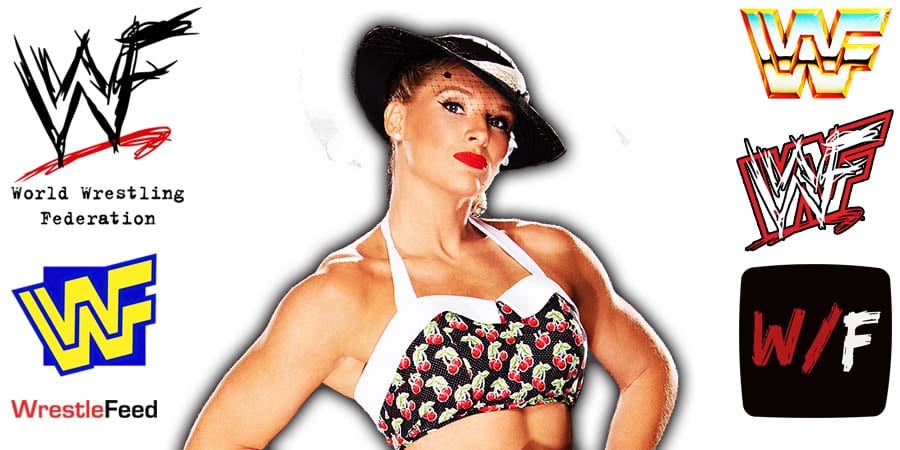 However, she was then moved to RAW without any explanation. She was set to make her in-ring return on last week’s RAW, but that didn’t happen.

Now, Lacey has been moved back to SmackDown (again without any explanation) and she will make her in-ring return on the upcoming episode of SmackDown.

PWInsider reported the following about WWE’s plan for Lacey:

“We are told that internally, the plan for her is to drop the intended babyface run that was envisioned for her on RAW and revert back to the original plan of Evans as a heel.”

The Rockers vs. Jeff Johnson/Tom Bennett

A Commercial For Arrogance