– Former WWE Wrestler Talks About Cruiserweights Doing Too Many Superkicks, How Someone Might Get Hurt By Headbutts

During a recent edition of “The Brand” podcast, former WCW wrestler Vito LoGrasso discussed TLC 2017 along with co-host Jeff Lane. Below is what they had to say about the Cruiserweight tag team match between Cedric Alexander/Rich Swann and The Brian Kendrick/Jack Gallagher:

Vito: I have to say something. How many super kicks can we throw in one match from both sides? How many kicks to the head can one person take? If you throw one it’s a finish. Shawn Michaels threw a superkick. In this match you had four or five super kicks to the head. It didn’t make sense.

And then when you look at the psychology of it, what are you accomplishing? There’s no other moves in pro wrestling by that? And then when the Englishman does that Headbutt, I think it’s the most dangerous thing that’s gonna happen.

He is gonna crack his head open or he’s gonna break somebody’s nose. It’s gonna split and then that headbutt thing is gonna stop. I think it’s careless. I think the kicks were just too many. I think they tried to do too many flips. They tried to be too charactery. Not Kendrick and Englishmen, the other two guys.

And I just don’t dig it. Not that I don’t like cruiserweights, I guess because I was spoiled. I had Rey Mysterio, Eddie Guerrero, Malenko, Benoit like guys of that era. I guess I was spoiled and I expect other things, but these guys just don’t do it for me. And they’re just not believable.

Jeff: You mentioned the Headbutt there. With all the heat that’s been coming down on them for years with concussions and CTE and brain damage, and everything they’re trying to do to say they are safe now and they’re doing everything to prevent that.

Does it not boggle your mind that there’s not one person in a prominent position backstage going – “Wait a minute, wait a minute. Why is this guy doing this?” Because as an observer, to me it looks like if he even screws this up by an inch or whatever there could be some serious damage done to either him or the guy he’s doing it to.

As good as the guy thinks he’s doing it, when you see it, if the guy on the receiving end just ducks his head a little bit when the guy coming in it’s broken. And I’m telling you it’s not gonna be pretty.

As we noted before, there were reports that John Cena might be the Special Guest Referee in the Brock Lesnar vs. Jinder Mahal Survivor Series 2017 main event.

According to Dave Meltzer of the Wrestling Observer, Vince McMahon originally considered one of the two top stars of the Attitude Era to take the referee role in the Survivor Series 2017 main event – “Stone Cold” Steve Austin or The Rock.

With The Rock, his very busy schedule might be a problem. Also, The Rock & Brock Lesnar being in the same ring wouldn’t likely happen unless WWE wants to go on the route of a Lesnar – Rock rematch, which isn’t the case as of now.

Regarding Stone Cold Steve Austin, his days as an in-ring competitor are long over, but the visual of Austin & Lesnar being in the same ring once again would prove to be a draw. 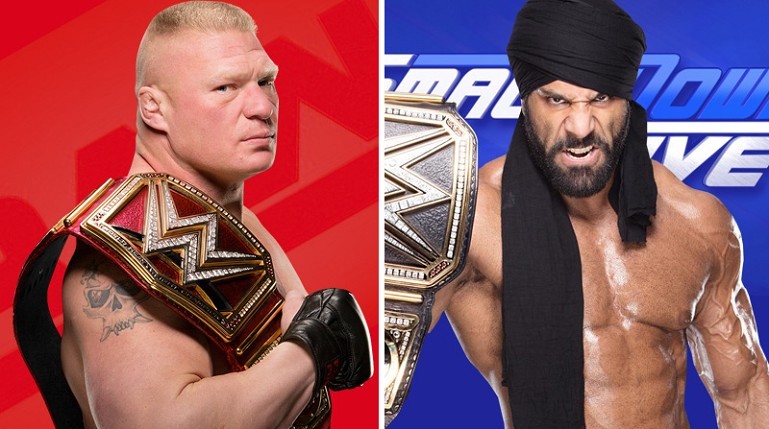 The idea behind adding a Special Guest Referee to this first ever “Universal Champion vs. WWE Champion” match is that two big names in the ring will benefit Jinder a lot.