During a recent Bayley vs. Lacey Evans match on SmackDown, Bayley’s thong was accidentally revealed during the match.

WWE’s photographer took a very clear photo of it and it was uploaded on WWE’s website.

When the photo went viral for the wrong reasons, WWE took notice of it and took it down. After all, WWE is PG.

You can check out the photo that they took down below: 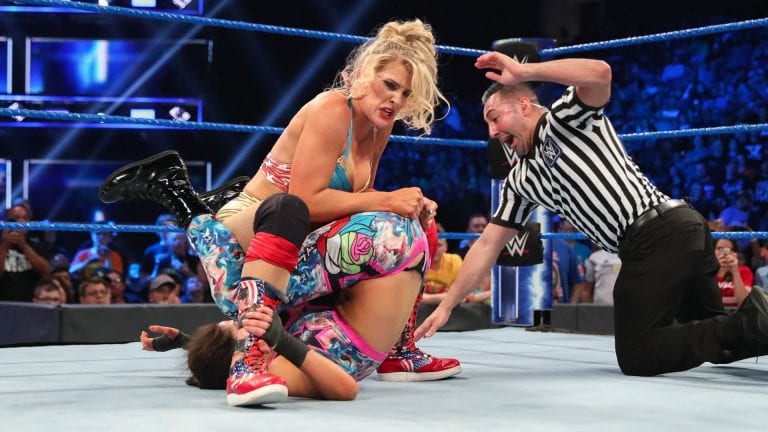