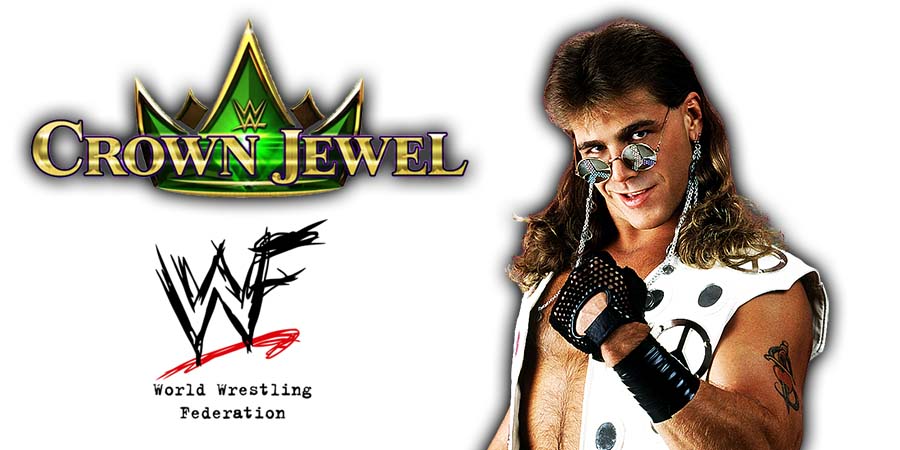 Eddie Guerrero defeated Brock Lesnar for the WWE Championship in the main event of the ‘WWE No Way Out 2004’ PPV, but passed in November 2005 from acute heart failure due to underlying atherosclerotic cardiovascular disease.

• WWE Employees Not Happy With Shawn Michaels Coming Out Of Retirement

As seen on last night’s RAW, it was announced that WWE Hall of Famer Shawn Michaels will come out of retirement for a tag team match at WWE Crown Jewel PPV.

According to the No Holds Barred podcast, backstage reaction to HBK coming out of retirement hasn’t been positive.

A source told the No Holds Barred podcast that they are ‘shaking their head’ at Michaels coming out of retirement for this tag team bout.